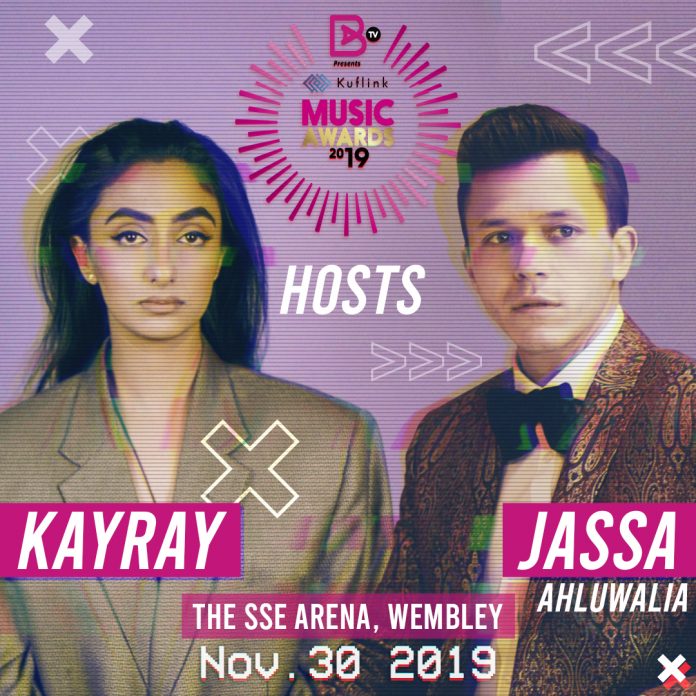 The hosts for the BritAsia TV Kuflink Awards have been confirmed! Taking to the stage and hosting the entertainment for the night will be Jassa Ahluwali and Kiran Rai, known as KayRay.

Jassa Ahluwalia is a British born actor, writer and filmmaker. Jassa has had many acting roles, including the hit BBC drama ‘Some Girls’ where he played the loveable character of Rocky.

As well as his many acting roles, Jassa also produced his own short film entitled ‘Modern Man.’

Jassa was a hit with audiences when he presented an award at the Punjabi Film Awards earlier on in the year, so it was only right we got him to host the next event!

KayRay is a Canadian YouTube star who came under the spotlight 5 years ago with her humourous vlogs on her YoutTube channel. She now has over 26k subscribers and hosts her own podcast, with visuals on her YouTube channel, ‘Cha da cup with KayRay.’

The podcast is now in its second series, having had high profile guests such as Jasmine Sandlas and Manpreet Toor in the first series.

She also features in the hit web series Anarkali which airs on BritAsia TV every Thursday at 10.30pm with repeats on Tuesday at the same time.

Join KayRay and Jassa for a night of music and entertainment on the 30th November at the SSE Arena Wembley! Tickets are still available, get yours here!