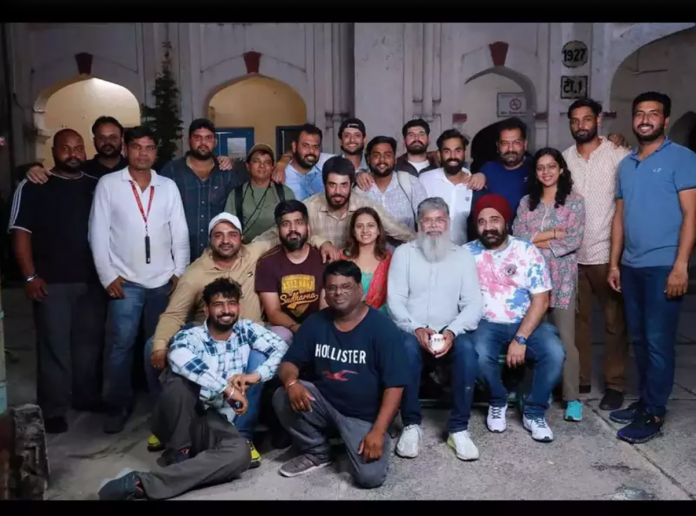 Jagdeep Sidhu is one of the much-loved writer-directors of Pollywood. He is the man behind some of the blockbuster romantic dramas like ‘Qismat’, ‘Sufna’, ‘Lekh’, and more. Now he is all set to engage his audience with another emotion-packed story ‘Moh’ starring Sargun Mehta and introducing Gitaj Bindrakhia. And according to the latest update, the shoot of this film just got completed recently. Taking to his social media handle, Jagdeep Sidhu shared a picture with his entire cast and crew of ‘Moh’. Along with the all smiles picture, Jagdeep Sidhu wrote – “MOH ♥️ … shoot wrap up .. need ur blessings 😇🙏 .. bhut lod aa ess film nu thode saath di …. Kine sufne pure hone ess film di chhat thalle ..” (MOH, shoot wrap, need your blessings, this film really needs your support, this movie encaptures a lot of dreams that will come true with its release)

A few days back, the first official poster of ‘Moh’ was released. Along with the poster, Jagdeep narrated how this story came to him. In the caption, he mentioned how he initially didn’t pay much attention to the writers and wanted to do a small meeting only for formality. However, the meeting that he thought wouldn’t even last 15 mins, went on for 4 hours.

Releasing in September, this Jagdeep Sidhu directorial has music by B Praak and lyrics by Jaani. In the lead, the audience for the first time will see Sargun Mehta and Gitaj Bindrakhia. Last but not least, the movie also stars Amrit Abby, Prabh Bains, Balraj Sidhu, and more.