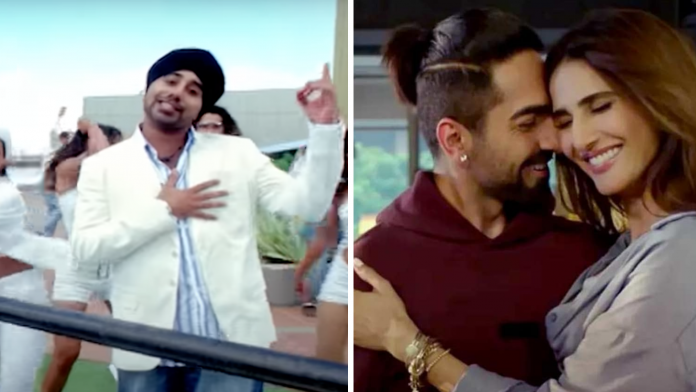 The film, which released in cinemas on 10 December is a quirky romcom that centres on Manu (Khurrana), a bodybuilder from Chandigarh, India who at first resents the idea of marriage but falls in love with Maanvi (Kapoor), a Zumba teacher. Their story seems simple enough until Manu discovers that Maanvi is transgendred.

Titled, Chandigarh Kare Aashiqui, the song is a remixed version of Jassi Sidhu’s original number of the same name. It has been recreated by music composer duo Sachin and Jigar.

The song sees the pair take to the dance floor to unleash their Bhangra moves. But while the popularised track may serve as immediate inspiration for the title, it is worth noting the original was sung by Hardeep Singh — long before B21’s song was released. Hardeep Singh’s song was written by Madan Jalandhari.

In the case of the Bollywood film, the new lyrics have been penned by IP Singh and is performed by singers Sachin – Jigar Feat. Jassi Sidhu and IP Singh, with original composition by Bally Jagpal, Bhota Jagpal and Madan Jalandhari.

Bollywood’s Chandigarh Kare Aashiqui is directed by Abhishek Kapoor and is in cinemas now.