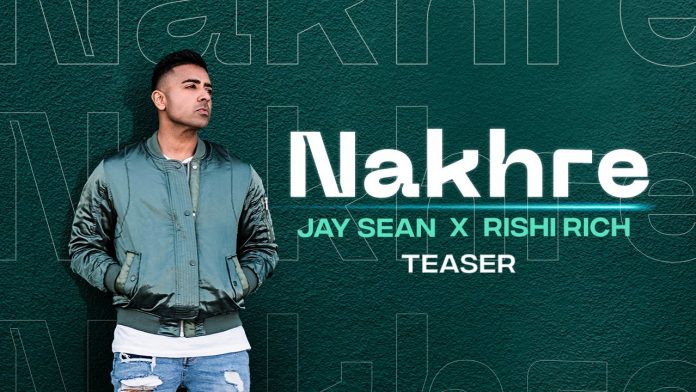 The Millennials who lived their teenage years through the 2000’s will know this is not just any new release.

In fact, we’ll allow Jay Sean to make the announcement:

“💥NEW SONG ALERT💥 me and Rishi Rich are back together. 30th sept. Get ready for some 🔥🔥🔥 @rishirich” he captioned on Instagram.

That’s right, put it in your diaries. Jay Sean and Rishi Rich took to their social platforms over the weekend to announce their upcoming collaboration, produced by Rishi’s own Break the Noise Records.

As of now, the two have only teased the title of the track ‘Nakhre’ with a poster featuring the ‘Eyes on You’ hitmaker clad in an holographic bomber jacket and distressed jeans, nonchalantly posing with both hands in pocket, as you do.

💥NEW SONG ALERT💥 me and Rishi Rich are back together. 30th sept. Get ready for some 🔥🔥🔥 @rishirich

While we haven’t been able to sample any snippets since the announcement, Rich released the official teaser for the video which you can watch right here:

If you’re reading this, you’re probably in your mid-late 20’s so the following need not apply. If you’re not, let us tell you a story…

Once upon a time, three London lads, Jay Sean, Juggy D and Rishi Rich got together on the ‘Rishi Rich Project’ in 2003. Together, the trio released a cascade of chartbusters such as ‘Eyes on You’, ‘Dance with You’ (Tere Naal Nachna), ‘Push it Up’ and ‘Dil Mera.’

What emerged was a brand new genre that fused R&B and Indian/Bhangra music seamlessly which found worldwide popularity and praise. And in 2004, when the debut studio album ‘Juggy D’ was released, it became the first Punjabi language album in history to enter the UK official charts, with notable songs such as ‘Sohniye’ and ‘Billo.’

The group disbanded in 2007 however, when Rich left 2point9 Records (Doh point Nau) and all three went on to pursue solo careers. Rich continued to produce music locally but found international success with Bollywood debut ‘Hum Tum’ (U’n’I) performed by Juggy D and Veronica and released on the Yash Raj music label.

Sean garnered the most worldwide acclaim however, with hits like ‘Ride It, ‘Maybe’ and ‘Down’ and exalted his career in the U.S when he was signed to labels such as Cash Money Records and Republic Records, where he worked alongside R&B luminaries such as Lil Wayne, Sean Paul and Nicki Minaj.

Eight years after they parted however, the group reunited for a new song ‘Freak’. It was an instant throwback to the Asian fusion genre many of us grew accustomed to when the Project was in its prime.

Juggy D showed his support in the comments with a few fist bumps:

Meanwhile, the fans’ reactions have been bubbling over with exhilaration — taking to their stories to repost the poster, spread the love and even reminisce to some of songs from the 00’s for an obligatory trip down memory lane, or Southall’s Broadway.

Wednesday we will have our boys back together.

It doesn’t just end here either – keep an eye out on our socials tomorrow for a Brit Asia TV exclusive interview with Jay Sean and Rishi Rich. The interview will also broadcast on TV this Friday.

Get ready for some serious nostalgia.