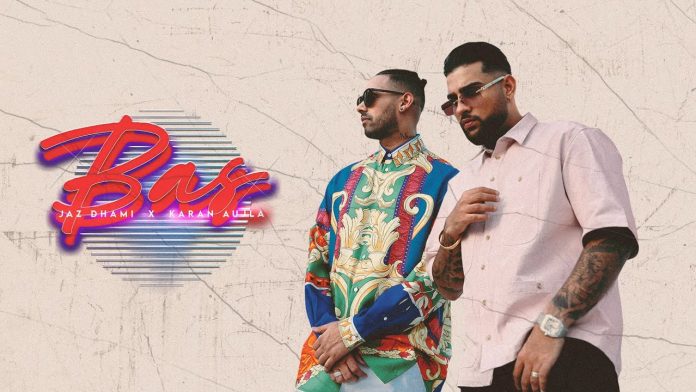 Bas is performed by Jaz Dhami and Karan Aujla, with lyrics by Aujla and music by Proof.

The new track, which marks the Punjabi artists’ first collaboration, released on Friday (18 March) with an official music video.

Check out Bas below:

Teasing fans ahead of its release last week, Dhami wrote on Instagram: “Video Drops 10am (ist) Friday!! […] Let me know if your ready [Eyes emoji.”

When the track premiered on Friday, the High Heels hitmaker said: “BAS 🤫 with my bro @karanaujla_official.”

Dhami’s last collaboration with a Punjabi powerhouse was in September 2020 — when – for the first time in his musical career – collaborated with Naseebo Lal on Kasoor.

The song, which was described as tale of ‘despair, blame and regret’ was penned by Tej Gill and Simar with music produced by XD Pro Music.

Bas is available on all major music streaming platforms.