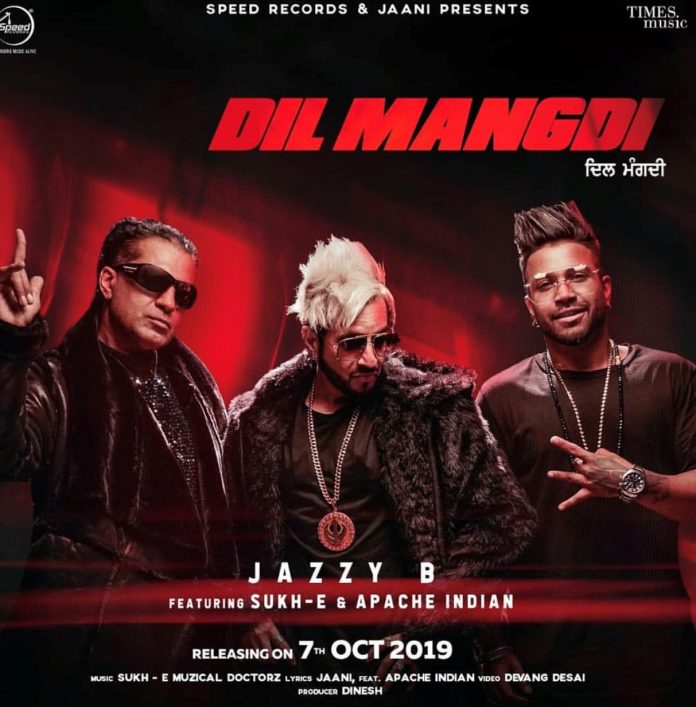 Jazzy B, Apachie Indian and Sukh – E have all taken to their Instagram to announce their new track ‘Dil Mangdi.’

Sukh-E is behind the music on the track which will be released by Speed Records.

This isn’t the first time Jazzy B and Apachie Indian have released a track together, collaborating way back in 2004 with Dil Letye, which fans were reminiscing about on social media, with some saying it feels like it was released ‘just yesterday.’

Dil Mangdi will be released on the 7th October, but until then, take a trip down memory lane and watch the video to Dil Luteya here:

Business Priyanca Kumari - 23rd October 2020
0
A new 50p coin to mark the contribution of minority communities' shared history of the United Kingdom has entered circulation this week. The coins signal...

Bollywood Priyanca Kumari - 23rd October 2020
0
Actor Sanjay Dutt, 61, who recently flew to the U.S to seek cancer treatment has announced he is cancer-free and in remission.  The Munna Bhai...
© BritAsia TV 2020 All rights reserved. Made By Gloss