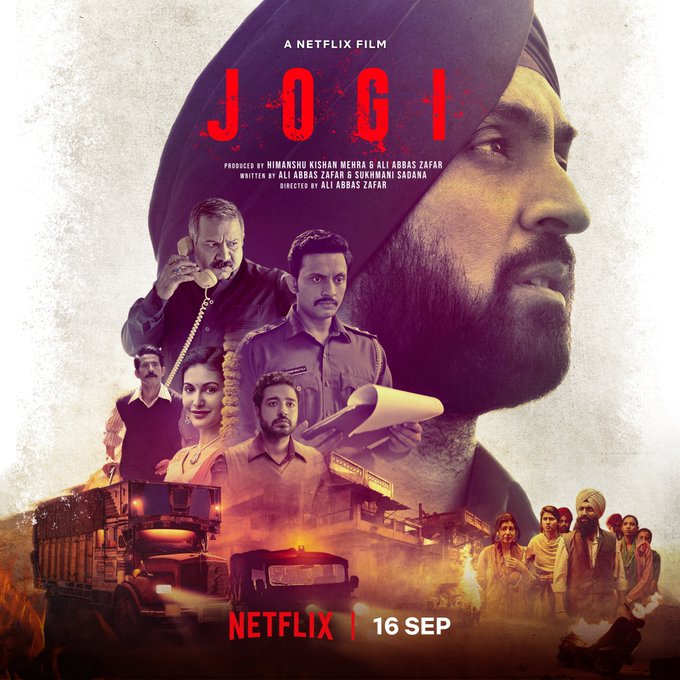 Jogi is going to have an exclusive Netflix debut on September 16, 2022.

The movie, starring singer and actor Diljit Dosanjh will exclusively debut on Netflix in more than 190 countries.

Jogi, which Ali Abbas Zafar directed, is based on 1984 Delhi and describes bravery in the face of adversity and a resilient friendship. Jogi is an interesting and inspirational journey about the tenacity of three linked friends. The film was also produced by Himanshu Kishan Mehra and Zafar.

Dosanjh, who has previously acted in Hindi movies like Udta Punjab, Soorma, and Good Newz, claimed that filming Jogi was one of his most satisfying acting experiences.

“I am excited for my digital premiere on Netflix. Playing the role of Jogi has been one of the most satisfying experiences for me. I want to thank Ali and Himanshu for giving me this role; the entire team has put in a lot of effort to bring this lovely story to life. I’m excited for viewers to see our movie and express their support,” the Punjabi actress said in a statement.

“Jogi is a really special movie to me, and who could play Jogi better than Diljit?” It tells the story of how people from different backgrounds frequently come together in the face of adversity, the filmmaker said.

The movie is about fortitude, brotherhood, and optimism in the face of hardship.

Producer Himanshu Kishan Mehra expressed his hope that the tale will move the audience to tears. The opportunity to share our tale with the world has fortunately arisen, and what better platform to do so than Netflix, he said.