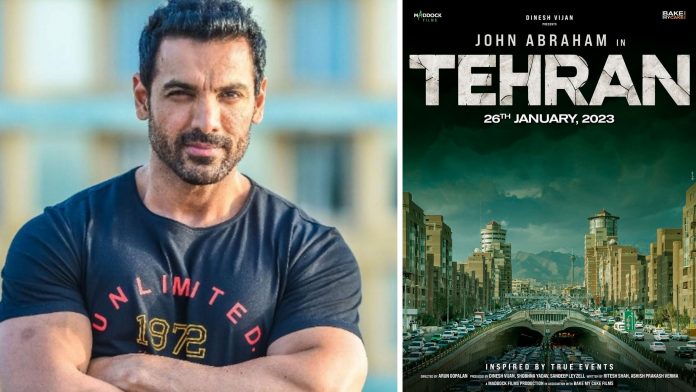 John Abraham has promised an action-packed Republic Day in 2023 with the announcement of his next film, Tehran.

Abraham has been cast as the lead in Arun Gopalan’s action-thriller, Tehran.

The filmmakers unveiled the official poster on 22 February, which features the Tohid Tunnel in Tehran and the tagline, “inspired by true events” and release date.

Sharing the poster on social media, Abraham wrote, “Get set for an action packed Republic Day 2023. Thrilled to announce my next, #Tehran!,” and tagged those involved with the project.

Plot details and supporting cast are to be announced at a later stage.

Until Republic Day arrives, fans can look forward to seeing Abraham in Part 1 of Attack releasing April, 2022. Sharing the official poster on social media on 3 February, the actor tweeted, “Get ready to witness our country’s first super soldier and his strike to save the nation’s pride.”

Tehran will be directed by Arun Gopalan and is written by Ritesh Shah and Ashish Prakash Verma.