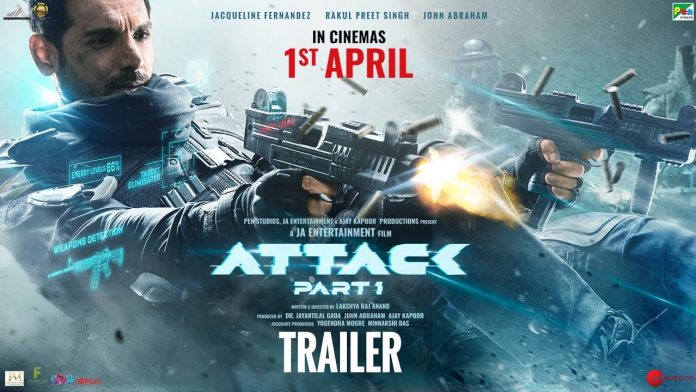 John Abraham will play a soldier with superpowers in his latest film, Attack: Part 1, alongside Jacqueline Fernandez and Rakul Preet Singh.

The trailer shows him playing a soldier in combat with terrorists with the help of his super powers.

The trailer begins with John reciting his life’s philosophy: “The two most important days in your life are the day you are born and the day you find out why,” he says, as it introduces viewers to his girlfriend (Fernandez), and mother (Ratna Pathak Shah).

The film’s synopsis describes it as “not just an ordinary action film”. It has “complex drama with an element of sci fi” and an “answer to how India deals with terrorism”, together with a “sneak peak into the future of warfare”.

The film is directed by Lakshya Raj Anand and is presented by PEN Movies.