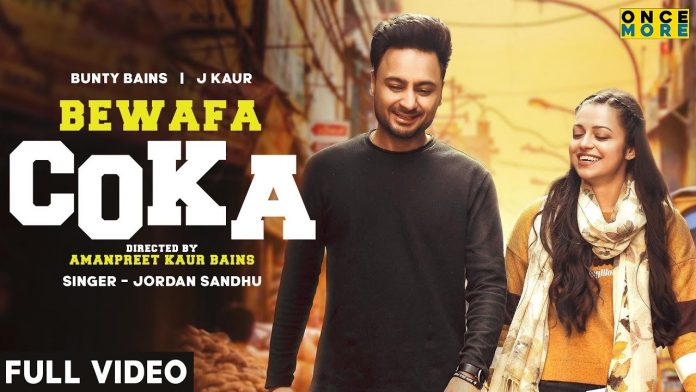 Jordan Sandhu released his latest track ‘Bewafa Coka’ a week ago, and fans have reacted very well to the song.

With the music provided by Jassi X, lyrics penned by Bunty Bains, and music video directed by Amanpreet Kaur Bains, this track was always set to be a hit! Bunty Bains also starred in the video alonside J Kaur. Jordan gave a special thanks to Diljit Dosanjh and Neeru Bajwa for doing the voice over on the video.

Check out the Official Music Video!