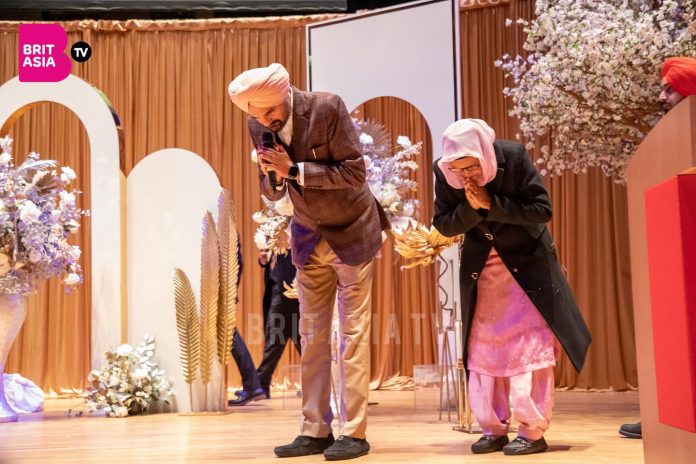 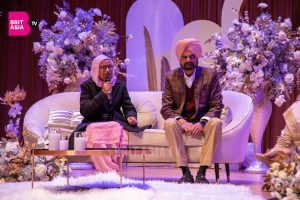 Upon the humble invitation of BritAsia TV, the parents agreed to leave Punjab for the first time following the tragedy.

In this exclusive event outside of Panjab, it was the first time the parents spoke openly about Sidhu’s life, his childhood, his rise to fame, the threats and shared his last moments.

Hosted at the iconic Symphony Hall in UK, this non profit, free community event was sold out and attended by over 2,000 people from across UK and saw people flying in from Europe to attend this unique event. 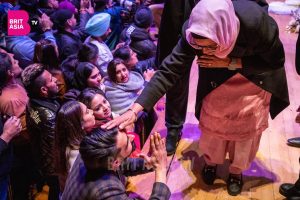 The night was full of emotion and sorrow as the parents shared their beloved memories of Shubhdeep Sidhu as a child, reminiscing moments of laughter and joy and spoke about the loving relationship and unbreakable bond he shared with his parents.

The evening opened with BritAsia TV presenters Soni Kaur, Tej Samra and Nae interviewing Aman Hayer and Benny Dhaliwal, both sharing unheard stories of being on tour as the official live band of Sidhu Moosewala.

Our own Tindy Kaur further hosted a remote live link with renowned Punjabi artists Jazzy B, Gulab and Ekam, each who paid tribute and acknowledged the amazing musical talent of Sidhu Moosewala and the legacy he leaves behind.

After a very emotional and heart gripping video, the parents blessed the stage to a heartfelt a capella of ‘Maa’ in an unheard version by Sidhu Moosewala. This powerful, yet emotional entry left everyone in tears followed by an upstanding applause and cheers as the parents walked onto the stage.

It was incredible to see the sheer courage and determination of the parents…..

The audience was given the opportunity to ask their questions to the parents, including a lady of white English heritage expressing her absolute love and appreciation for Sidhu and his music. It was clear music had crossed all boundaries and was iconic within the mainstream industry.

Before the evening drew to a close, BritAsia TV CEO Tony Shergill joined the parents with a banner #justieforsidhumoosewala.

The evening closed with the father of Sidhu Moosewala stepping to the front of stage, giving the famous ‘tappi’ associated with Sidhu in a bid to show his love to all those who travelled from afar.

Audiences rushed to the stage to touch the feet of the parents and to give them encouragement that the whole UK Punjabi community stood by them during this difficult time.

After the success of the #JusticeforSidhu campaign humbly spearheaded by Brit Asia TV, the parents of our legendary brother Balkaur Sidhu Ji and Mata Charan Kaur Ji leave for Punjab.

Both parents thanked the UK for their unconditional love and overwhelming support throughout this campaign, which led to a great breakthrough in the case to get justice for their son.

Days after the visit to Houses of Parliament, Punjab Police announced the Interpol had issued a ‘Red Corner Notice’ to extradite the co-accused Goldy Brar who is reported to be hiding in #USA to finally face trial for his role in the murder.

The following day, the National Intelligence Agency announced they would be taking Lawerence Bishnoi the main accused back to #Delhi after @sardarbalkaursidhu shockingly revealed in Parliament that the gangsters were receiving VIP treatment whilst in prison, with even some corrupt officers assisting in the escaping of some prisoners.

This great progress would not have been possible without all your support, and we are humbled to use this platform to help bring justice for our brother.

We all had hoped for the parents to stay longer with us so that we could have more opportunity to meet with the public, but as the ultimatums had been given to the authorities to take action by 25th Nov, it was paramount that they returned safely back to #Punjab.

The parents have promised that they will return back early January 2023 and we will work closely with the family to make full arrangements to allow us all to pay our respects and meet them.