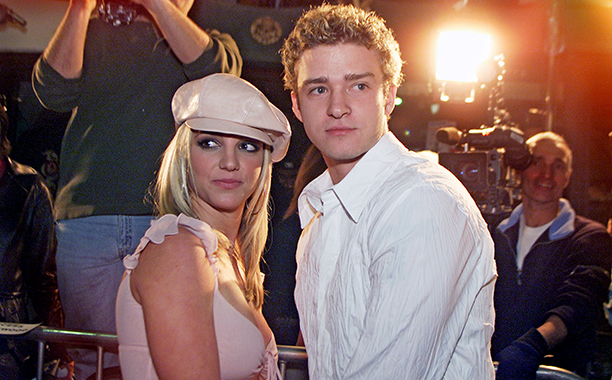 Back in 1999, when Justin Timberlake started dating The Mickey Mouse Club co-star Britney Spears, which was very much publicised. However, their relationship abruptly ended in 2002 – with the end result being the single Cry Me A River by Justin. The music video featured a Spears look-alike and fuelled the rumours that she had been unfaithful. As a response, Spears wrote the ballad “Everytime” with her backing vocalist and friend Annet Artani – with the relationship concluding with bad blood between the two pop-stars.

Fourteen years later, and with both artists enjoying musical success, the thought of the two collaborating have excited and surprised fans. This all stems from a fan Q&A for Most Requested Live with Romeo where Britney Spears herself was asked to reveal her dream collaborators.

Britney’s revelation sent everyone crazy and was brought to the attention of Justin Timberlake at the Toronto International Film Festival premiere of his Netflix concert documentary film Justin Timberlake + the Tennessee Kids. When asked “Britney recently said she wanted to collaborate with you, would you do it” – Justin exclaimed with excitement.

“She did? Sure! Absolutely, absolutely,” He added, “I apologise for not being in the know…I’m accessible, give us a call!”

“I would love to see that happen, of course. I think everyone in the world wants to see them together again in any capacity. It’s like everyone’s childhood dream”.

“I think it would be an incredible collaboration. I would want it to be a dance number, though. I want them to both—kinda like that Michael-Janet [Jackson] type thing, would be incredible.”

This won’t be the first collaboration between the two pop sensations – as they have both previously performed together when they were teenagers!

The first and only Britney Spears and Justin Timberlake collab pic.twitter.com/TTNPQWTZUC

We can only imagine how excited all 90’s pop fans are feeling, and hope a collaboration is on the horizon between the two pop-stars.