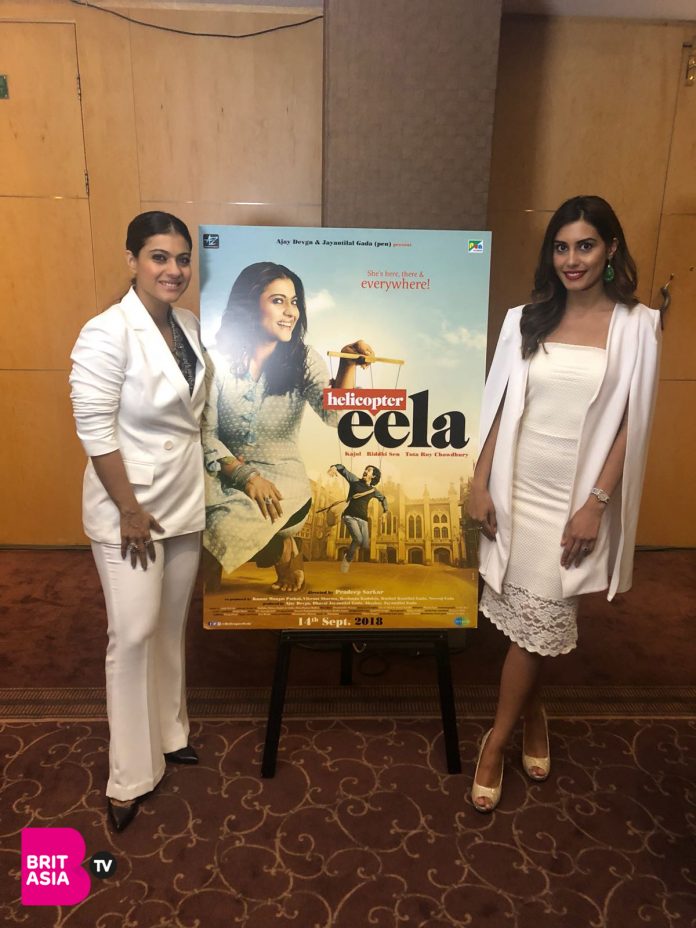 After VIP 2, Kajol is all set to return to the big screen with Helicopter Eela, which will be released worldwide on 14th September.

The storyline follows a single mother and aspiring singer who gives up her dreams to raise her only child, who is played by National award-winning actor Riddhi Sen. Her son who is a typical young millennial doesn’t want his mother’s life to revolve around him. Being an overprotective mother, she decides to join her son’s college, which eventually suffers a backlash for invading the son’s privacy.

Speaking about the movie, Kajol said: ““As a mother, I felt a real connection with Eela’s character.  She loves her son unconditionally and has built her life around him. But as he grows up, she finds herself becoming more and more dispensable. She has also put her life and dreams on hold, like so many mothers’ do.

This is a life situation that so many women face once their kids grow up. And, one that I will inevitably face is, what do I do now? How do I hold on to my baby? In a way, Helicopter Eela is a coming of age film, more for Eela rather than it is for her son!”

Fans are delighted to see Kajol back on the big screen, and are eagerly anticipating clips from the movie. BritAsia TV caught up with Kajol, whilst she was in London. Be sure to stay tuned to catch our interview with the Bollywood star.