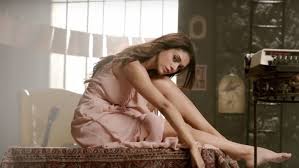 Bollywood playback vocalist Kanika Kapoor has released her next feel-good anthem of the year in the form of ‘Luv Letter’ once again collaborating with Meet Bros!

Kanika Kapoor and Meet Bros are no strangers to creating hit tracks together after previously collaborating together for ‘Chittiyaan Kalaiyaan’, ‘Nachan Farrate’, Neendein Khul Jaati Hain’ and the smash hit number one single ‘Baby Doll’. Kanika Kapoor has been hugely successful in the music industry with other releases such as ‘Lovely’, ‘Desi Look’ and ‘Jugni Ji’ with Dr Zeus – who she no longer works with after their public spat over producer credits of ‘Baby Doll’.

The song ‘Luv Letter’ is the lead single from the movie ‘The Legend of Michael Mishra’ – an upcoming comedy film produced by Kishor Arora and Shareen Mantri Kedia of Eyecandy Films and also starring Arshad Warsi, Aditi Rao Hydari, Boman Irani and Kayoze Irani. The movie is set to release on 5th August 2016.
Check out the track below and stay tuned to Brit Asia TV for more updates!