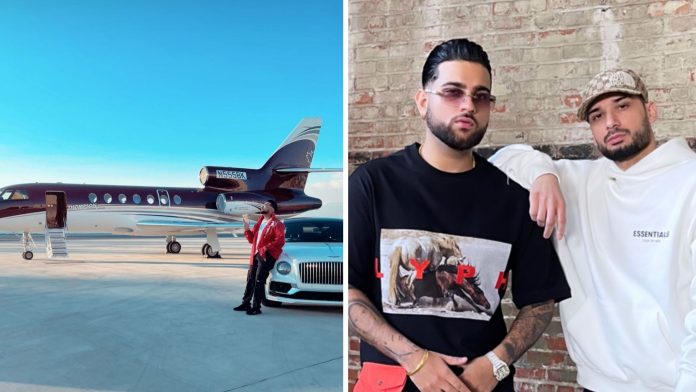 Karan Aujla has announced “game changing” music for 2022 after a social media hiatus.

The Click That be Kickin’ It singer took to Instagram Stories to announce his plans for the New Year and apologised to fans his minimal interaction over the last couple of months.

Aujla continued, “I just want to let y’all know that I have been working on some things and they are coming along nice […] Just needed a little time for myself, my health and my music.

He added, “We about to get started and change this game forever. Different flows, different music,” before concluding, “Its about to get real. Get ready 2022.”

Shortly after posting the statement, the Bhangra artist followed up with a picture of himself leaning against a car amid a private jet on a runway.

He then posted a picture of himself alongside rap musician, @realkrsna, hinting his next possible collaboration.

Aujla is best known for his many singles from his early musical career including Adhiya, Don’t Worry and Mexico. In September, 2021 his highly-anticipated debut album, B.T.F.U (BacThafu*UP), entered the international music charts and the singer became India’s Biggest Digital Artist.

The album, featuring music produced by UK’s Tru Skool, released on 15 September across all streaming platforms and immediately ascended the top spot on the Albums Chart worldwide.