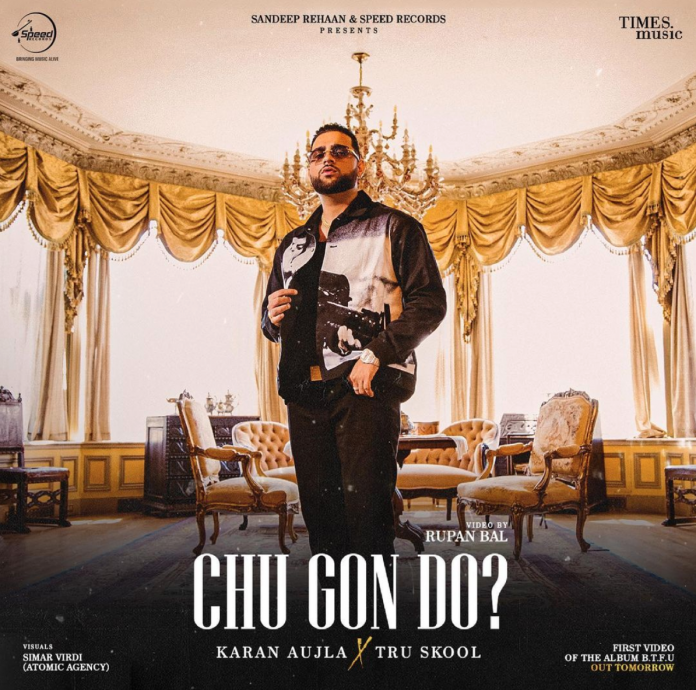 Punjabi artist Karan Aujla has released the first track of his debut album BTFU (BACTHAFU*UP), with Chu Gon Do?

The music video is shot by Rupan Bal, the song is performed and penned by Karan Aujla with music produced by Tru-Skool.

Released on Speed Records, the music video features Satnam Singh and Mad Yardies, a group of Jamaican musicians. The track is mixed and mastered by Tru-Skool and Tee-L and was shot entirely in Canada over the past few months.

In a statement about the song, Karan said, It is a groovy number that I have created as an ode to my friends. It’s the kind of song that I would listen to while I am out with my buddies. It was an extremely satisfying piece of work as I got the chance to collaborate with Satnam and Mad Yardies. There is a distinctly cool vibe to the number and I feel we were able to bring together our diverse musical worldview into this one song. It’s smooth, it’s fun and we had one helluva time making it for sure.”

He added that the song is immensely close to his heart. “It’s the first reveal of my very first album. These are the moments every artist looks forward to. It has been a long journey to this point but knowing that has been able to conjure up such a gratifying album, makes me feel on top of the world. The music and the words cater to different emotions and we’ve tried to keep it as personal as possible. Every track in the album attempts to cater to a different audience while satisfying my fans who have been the constant force through my career.”