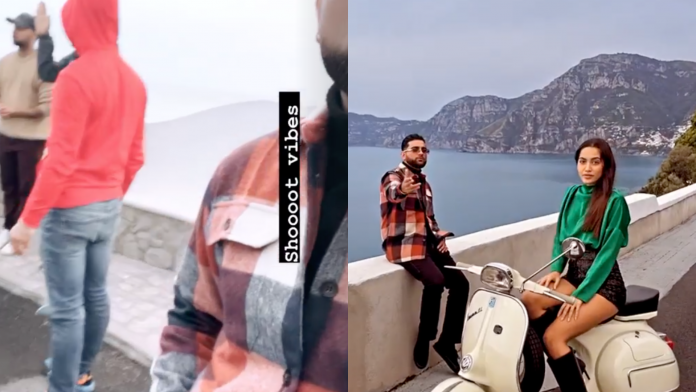 Karan Aujla has teased fans with behind-the-scene shots of his upcoming music video.

The Punjabi artist posted two snaps in the form a Boomerang and video clip to his Instagram Story which revealed a landscape with a coastal view.

The Chu Gon’ Do? singer shared one Boomerang of himself and a female model on a motorbike as they posed for the shot.

In a subsequent post, the video clip revealed his crew against the backdrop of the shoot, albeit without details of the location and captioned the snap, “Shoooot vibes”.

Aujla’s latest music video, Ask About Me taken from the album, BTFU is out now.

The singer is set to perform at E3AE live in Dubai for the first time at the Coca-Cola Arena on Friday 12 November, 2021.