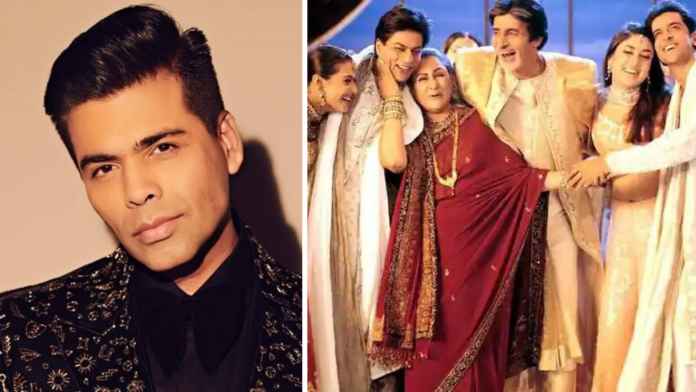 Karan Johar has shared a tribute video with fans to mark the 20th anniversary of Kabhi Khushi Kabhi Gham (K3G).

Director Karan Johar has shared a tribute video with fans on social media to celebrate 20 years since K3G released on 14 December, 2001.

The film’s stellar cast saw Amitabh Bachchan, Jaya Bachchan, Shah Rukh Khan, Kajol, Hrithik Roshan and Kareena Kapoor Khan together on screen for the first time — in what would later become an icon in Bollywood cinema and a staple in Indian pop culture.

Taking to social media to mark the milestone occasion, Johar tweeted: “Overwhelmed with the endless love that has poured in from all corners of the world and the industry for celebrating this grand milestone that #KabhiKhushiKabhieGham hits today. Thank you falls short. A little piece of my heart for you on this day,” and a link to the tribute video.

Sharing the video on YouTube, Dharma Productions posted, “Celebrating 20 years of not just a film – but an emotion for fans worldwide. This week has been a trip down the nostalgia lane with dialogues, songs, dance steps and recreations echoing the love that #KabhiKhushiKabhieGham continues to gain with each passing day.