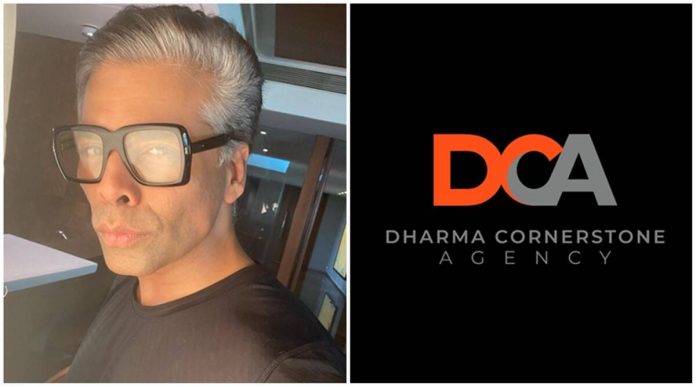 Filmmaker Karan Johar has announced he will launch his own talent management with Dharma Cornerstone Agency (DCA), in partnership with Bunty Sajdeh, who already owns Cornerstone.

The filmmaker took to his social media handles to share an official statement along with the logo of the agency. On the same thread, he tweeted that the agency “will also serve as a platform to nurture the best, and become an indomitable powerhouse of talent!”

“Super delighted to announce our newest venture, a talent management agency, Dharma Cornerstone Agency (DCA). We at @DharmaMovies have always thrived for the best and DCA will also serve as a platform to nurture the best, and become an indomitable powerhouse of talent! @apoorva1972 @buntysajdeh,” Karan Johar wrote alongside the statement.

We at @DharmaMovies have always thrived for the best and DCA will also serve as a platform to nurture the best, and become an indomitable powerhouse of talent!

The online publisher Firstpost said as per the statement released by DCA, which has contributed to Indian cinema for over 40 years, is now primed to redefine the representation of artists across the spectrum of actors and talent from the music industry and offer opportunities for them and help them build their careers.

According to the statement, Dharma Cornerstone Agency aims to be “an indomitable powerhouse of talent that will drive collaborations and become the benchmark for artist management and representation in the country.”

The statement further reveals that DCA will aim to be a safe home where seasoned professionals meet existing and contemporary talent to reinforce premium content production and accessibility through films, endorsements, OTT content, events, and appearances, said Firstpost.