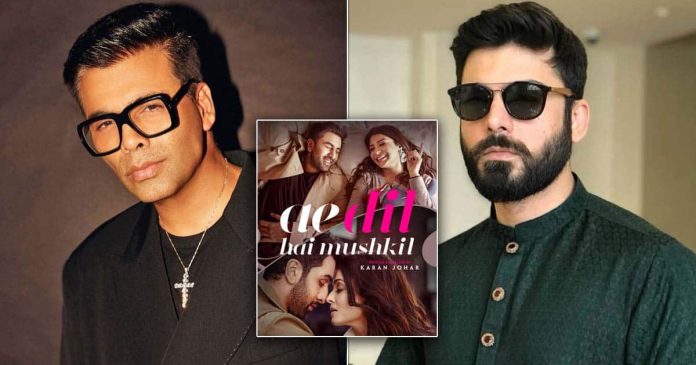 After the 2016 Uri Attack carried out in Jammu & Kashmir, the Indian government banned Pakistani artists. Ever since then, we have not seen any Pakistani artists working in the Hindi film industry. Back in 2016, Karan Johar reportedly offered to pay a hefty fine of Rs 5 crore for casting Pakistani actor Fawad Khan in his directorial Ae Dil Hai Mushkil as it was announced by MNS chief Raj Thackeray that Indian filmmakers will not cast actors from across the border. Also, reports were abuzz that the Indian Army too had refused to accept donations from Johar asking him to avoid involving the soldiers in the local politics. Scroll below to read the scoop.

In the past several actors from the neighbouring country have worked in Bollywood here including names like Fawad Khan, Mahira Khan, Ali Zafar and Saba Qamar to name a few. Now, coming back to the topic, Ae Dil Hai Muskil starred Ranbir Kapoor, Anushka Sharma, and Aishwarya Rai Bachchan in pivotal roles along with Khan.

The film was directed by Karan Johar and did great at the box office. Deadly URI attacks took place on September 18, 2016 in Jammu & Kashmir where we lost 19 Indian soldiers as it was carried out by Jaish-e-Mohammed insurgents from Pakistan. Post this horrific attack, the Indian government decided to ban Pakistani artists from working in India.