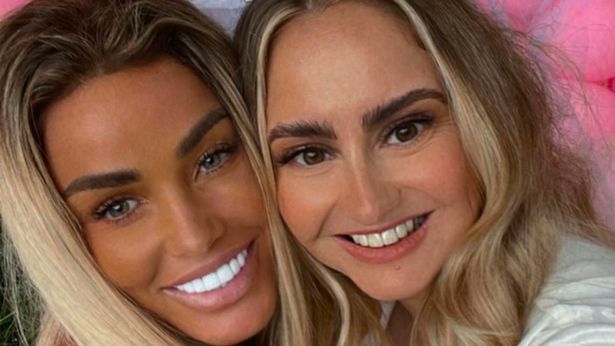 Katie Price’s sister Sophie has reportedly refused to lift the ban on Carl Woods attending her wedding, which is said to be taking place on Wednesday.

Model Katie’s younger sister Sophie, 32, is said to have removed 33-year-old Carl from the guest list amid his on-again-off-again romance with Katie, 44.

Sophie’s husband-to-be Harry Brooks, who she shares son Albert with, is also said to have ongoing issues with Carl.

Carl was charged in February with using abusive and threatening behaviour against Katie following an incident at a house in Essex in August 2021.

He later denied the charge and had been due to appear for a summary trial at Chelmsford Magistrates’ Court.

But, last week the charges were dropped as the Crown Prosecution Service said there was “no realistic prospect of conviction and the case was stopped”, a decision which he is said to be “relieved” by.

After the charges were dropped, Katie had reportedly hoped her sister would make a U-turn on her decision to not allow Carl to her big day. But, Sophie is said to have stuck to her guns.