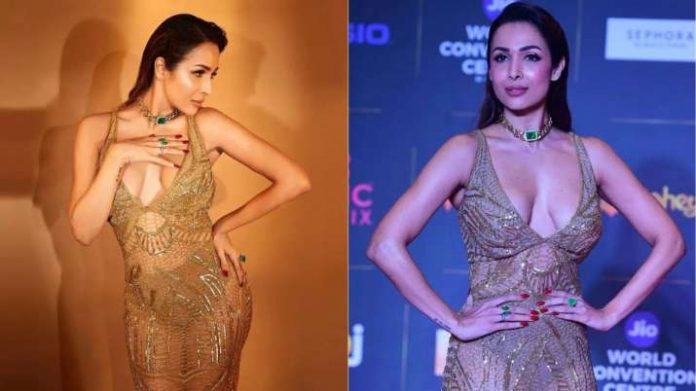 Malaika Arora is one of the most popular actresses and fitness influencers in the Bollywood Film industry. She stays in news for her outfits, fashion choices and relationship updates with beau Arjun Kapoor. She is currently in news for being one of the jury members in Femina Miss India 2022.

She graced the red carpet wearing a bold golden shimmery see-through dress which grabbed the attention of all. Her pictures and videos also went viral on social media, making netizens flow their opinions and comments on Instagram and Twitter.

While the fashion experts are actually praising Malaika’s look and outfit, it also seems like some people on the internet aren’t very happy with it. Some believe that Malaika is trying to look like Kim Kardashian while others are questioning her visible undergarments.

Malaika is being severely trolled and criticized for the fashion choice she made for the big event. Have a look at some of the comments.

Moreover, 21 years old Sini Shetty from Karnataka won the title of Miss India 2022. Rubal Shekhawat from Rajasthan and Shinata Chauhan from Uttar Pradesh won the titles of runner-up number one and two.