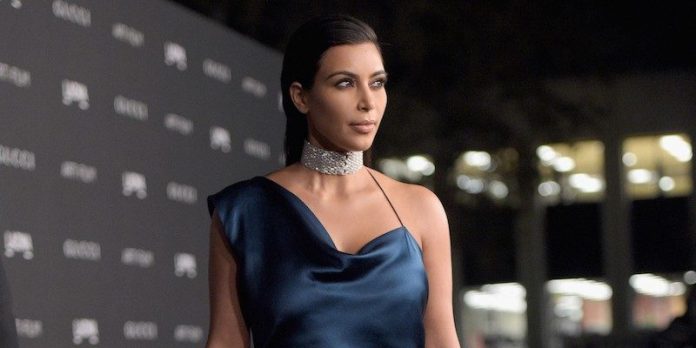 Kim Kardashian West has been robbed at gunpoint in a private residence in Paris by assailants disguised as police who made off with millions of pounds worth of jewellery.

The five armed, masked men carried out their raid at about 3am local time. Police said they tied Kardashian up and locked her in the bathroom before escaping on bikes. They remain at large. The concierge let the robbers into the building near the historic Madeleine Church. He then apparently led them to Kardashian’s flat at gunpoint after being handcuffed.

A police official said a jewellery box had been taken containing a ring worth four million euros (£3.5m), as well as other valuables worth six million euros (£5.2m), prompting fears that the valuables were personal ones, and not just jewellery Ms Kardashian was borrowing for fashion week. Kim also lost two of her prized smart phones – ones that are likely to contain a great deal of personal information. An insider said the total worth could be as high as $16 million.

It happened as Kardashian attended the French capital’s fashion week. She was “badly shaken but physically unharmed,” a spokeswoman said.

Husband Kanye West was told of the raid halfway through a headline performance at the Meadow Music and Art Festival, New York, and immediately cancelled the set.

this is a video of Kanye West starting Heartless then leaving @themeadowsnyc abruptly pic.twitter.com/2sPgj6LczW

Stay tuned to BritAsia TV for more information on this breaking story.