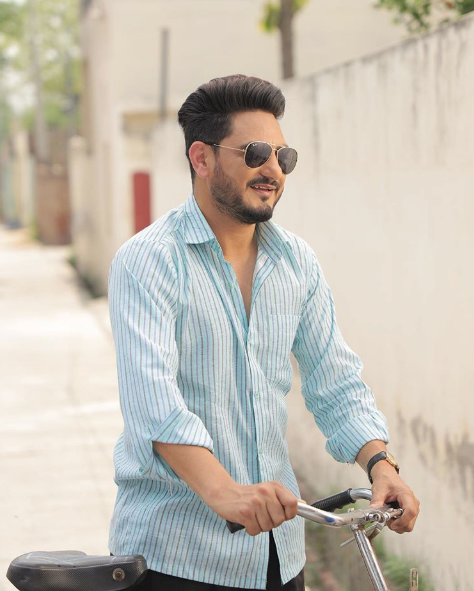 This year, we are seeing a large amount of Punjabi films being released, with announcements of new movies being made weekly. Not only are we seeing more experimental flicks, but we’re also seeing new fresh pairings and faces.

One of the movies we can expect to hit our screens this year is ‘Chhalle Mundiyaan’ starring Kulwinder Billa, Ammy Virk and Mandy Takhar.

The movie was announced last year in October, and fans have been eager to hear more news about the flick. The shooting commenced in October, which was shared by Mandy Takhar on her Instagram.

The ‘Timetable 2’ singer can be seen with a new hairstyle, whilst donning a blue striped shirt. The picture doesn’t give away a lot about the movie but it’s a step closer to seeing more from the flick.