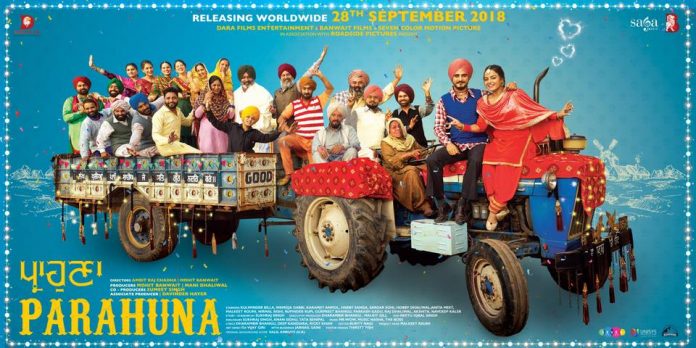 The ‘Palazzo’ singer posted a picture of the full cast on his Instagram account, where the audience were able to see all the various actors who will be starring the movie. We see Punjabi actress Wamiqa Gabbi and Kulwinder Billa sitting together on a tractor, with the rest of the cast sitting behind them.

The music of the movie has been produed mostly by famous music director, The Boss, who also recently worked with Kulwinder’s previous track ‘Kohinoor’.

‘Parahuna’ has been directed by Punjab 1984 director Amrit Raj Chadha, which was a huge hit in the box office.

The movie was originally going to be released on October 5, but will be now hitting the silver screen screens on 28th September.