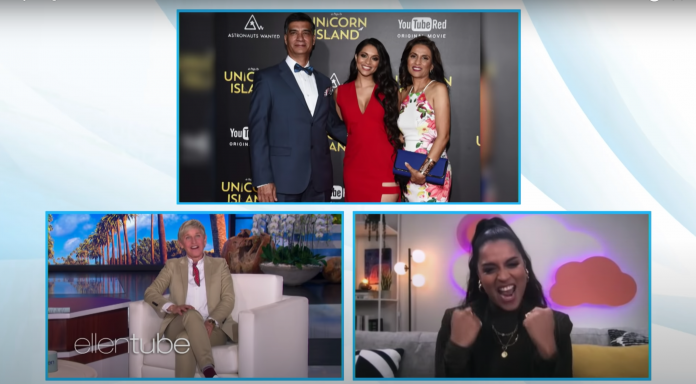 Lilly Singh has checked The Ellen Show off her vision board after finally appearing as a guest on the popular American talk show.

“You must’ve envisioned this — if you have a vision board you must have seen this happening,” says Ellen to an excitable Lilly.

On Wednesday, the star of NBC’s A Little Late appeared virtually on the daytime talk show and candidly expressed her euphoria at the dream come true moment.

Singh also explained that going on Ellen’s show has long been on her “vision board,” to the point that fans have often Photoshopped her into pictures with on the sofa opposite the DeGeneres.

But like most Desi’s, the most important opinion of course was that of Singh’s mum.

DeGeneres took to Twitter to for a special shout out to her mum, tweeting: “This tweet is for @Lilly’s mom.”

“No matter what you do in life, no matter what movie, no what TV show, I do not care,” Singh says her mum once told her, “unless you get to go on Ellen’s show.”

Singh’s mum also made her promise that if she does appear on The Ellen Show, she has to bring her to the set.

When she told her mum that her upcoming appearance on the show would be over Zoom, her mom responded, “Oh, that doesn’t count.”

Check out the full interview here: