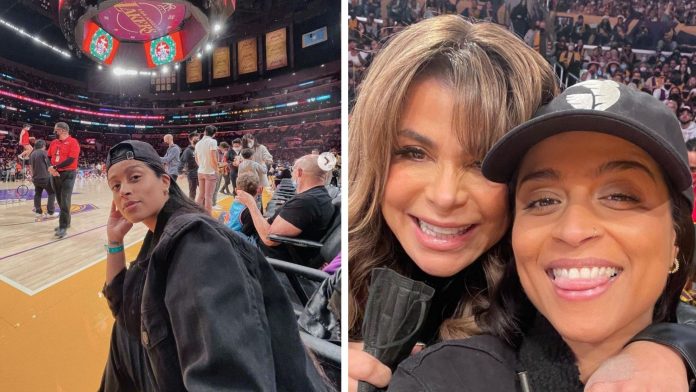 YouTube comedian Lilly Singh has penned a powerful message to diverse communities about the importance of “flexing” and “showing up”.

As Lilly Singh revelled in her courtside seat at a Lakers Game last weekend, the YouTube sensation shared a carousel of pictures from the game and made it a point to caption the post with a poignant message to minority groups.

The former A Little Late with Lilly Singh talkshow host highlighted the importance of striking a balance between being humble and being blunt.

Posting alongside her carousel, Singh began her lengthy caption by saying, “Obligatory courtside photo at the Lakers game last night because this stuff still blows my mind. And this is about to be a very honest post.

“For most of my career, no matter what I was achieving, my ultimate goal was to remain humble. And if you’ve ever met me, I’m hopeful that you’d feel I took that goal seriously. But as I’ve grown older and begin to understand how representation and the world works, I recognize that sometimes… to be blunt, it is crucial to flex.

She went on to say, “I know people aren’t used to seeing someone like me at the places I’ve been. How? They make it abundantly clear. Whether it’s another guest at the resort in Bora Bora repeatedly joking about thinking I was an employee or people in my very own fancy neighbourhood yelling racial slurs at me…I know one thing: They’re gonna have to get used to it. Because I do not plan on stopping.

“It’s because of people like @navbhatiasuperfan that I truly believe someone like me can sit courtside, amongst other things. Why? Because he’s not afraid to let you know it’s where he belongs. He flexed every single game and showed me it was possible.”

Speaking directly to women, Singh added, “For all my women/woc, I’m sure you can relate to the fear of being called cocky or arrogant or a showoff for wanting to share your accomplishments, even though our male counterparts are praised for the same behaviour. Sometimes that fear has me downplaying my life but I now realize that is a disservice to young girls everywhere. Why shouldn’t they see us with everything and more? I want them to know that everything they want is possible. Whether that’s a dream job or a dream car.

She concluded her caption, “So yes be humble. And yes be grateful. But also, FLEX. Show up. Turn up. Flaunt that. Because us children of immigrants too often limit our imaginations to what’s just beyond survival. We seldom get shown that we can go beyond that. But I believe we can have it all. We’ll show you.”