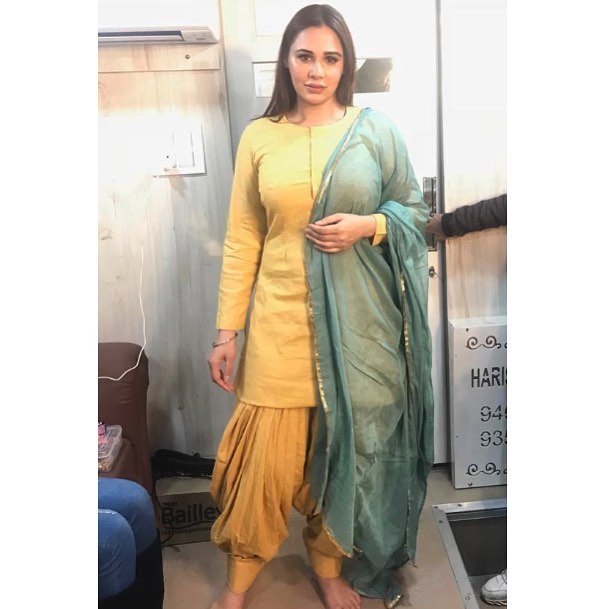 British Asian Punjabi actress Mandy Takhar will be leaving no stone un-turned in the new year as she is set to star in five Punjabi movies.

The Wolverhampton born actress was recently in the UK shooting her upcoming movie ‘Kudiye Lahore Diye’ alongside popular actor Binnu Dhillon. She is set to feature in five back to back flicks backed by big production companies and strong star-studded cast. The movies are ‘Saak’, ‘Televisoon’, ‘Lukkan Micchi’, ‘Chhalle Mundiyaan’, and ‘Kudiye Lahore Diye’.

She will be working with the likes of Ammy Virk, Kulwinder Billa, Binnu Dhillon and many other famous Punjabi actors.

She has been sharing her traditional Punjabi outfits via her Instagram, and have kept her fans entertained by sharing behind the scenes clips on set.

So last night we shot a song for #Saak. Coincidentally about a full moon night and it was actually a full moon and my name in the film #ChannKaur ☺️ #synchronicity ❤️ 📸 @jobanpreet.singh

Mandy’s performance in the movie ‘Rabb Da Radio’ won her over fans around the world, and earned her the Best Actress award at the Filmfare Awards. Not only this, but she even picked up the ‘Inspirational’ award at BritAsia TV’s first ever Punjabi Film Awards back in May.