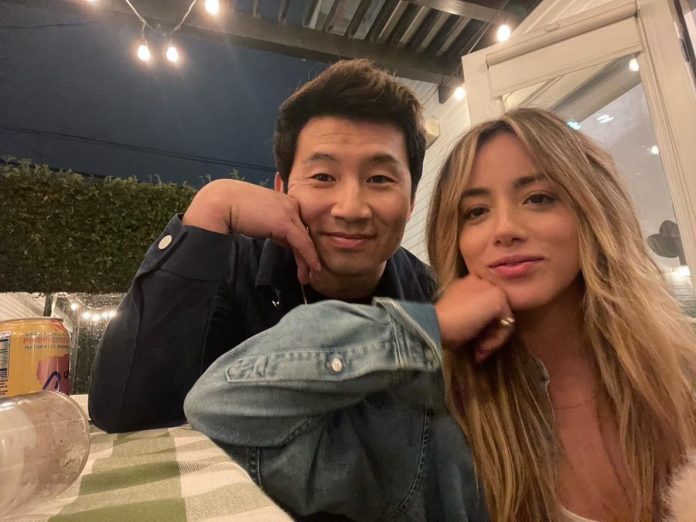 The Marvel Cinematic Universe is almost a fun with the offscreen interactions of its stars as it is with superhero fantasy onscreen. Case in point: fan-favorite Agents of SHIELD star Chloe Bennet is throwing some hilarious social media shade at her colleague and pal, Shang-Chi and the Legend of the Ten Rings star, Simu Liu. In a new tweet, Bennet shares a trio of pictures of her and Limu palling around; the tweet comes with the spicy caption: “oh look it’s marvels first asian superhero..and @SimuLiu is also in the pic too”.

Chloe Bennet is, of course, riffing on a debate that’s been raging in the MCU fandom for years. Marvel Studios wasn’t immune to criticisms of needing more diversity in its earlier phases; the lack of representation motivated Marvel to expand its scope, putting out films like Black Panther, Captain Marvel, and Shang-Chi, which all acted as cultural milestones for representation in blockbuster movies, as well as successful superhero franchise launches. However, in the midst of that great diversity explosion, a lot of fans felt some early pioneers of the MCU franchise were being overlooked.

Chloe Bennet is a half-Chinese and has always thoroughly embraced her Asian heritage – even starting in the entertainment business as a “Chloé Wang,” an aspiring pop-star in China. As such, Bennet is largely recognized by fans as being the first major Asian star in the MCU – a status that has been complicated by Agents of SHIELD’s gray area status within official canon. So, when it was Shang-Chi’s turn to capture the cultural zeitgeist, that film (like Black Panther) was celebrated as a major cultural milestone, bringing authentic Asian acting, directing, storytelling and cultural flourishes (like that soundtrack!) to a global mainstream audience.

The Internet will Internet, as it does, but the argument about who is the first major Asian character in the MCU seems asinine at this point. Bennet and Liu have great company like AoS co-star Min-Na Wen, Doctor Strange’s Benedict Wong, Eternals stars Don Lee and Kumail Nanjiani, and other talented stars, directors, writers, and everything in between, who also happen to be Asian.