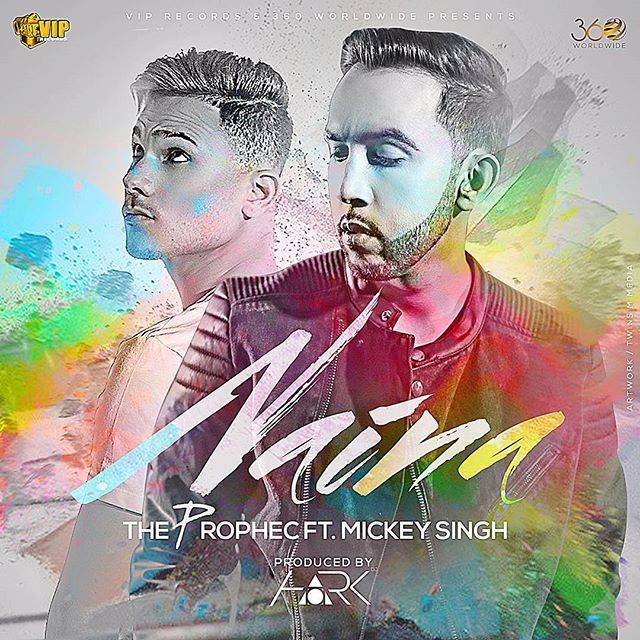 Urban-Asian superstars Mickey Singh and The PropheC collaborate once again for the new single ‘Naina’.

Mickey Singh and The PropheC are no strangers to the music industry and have both been dominant music figures in recent years, bringing forward their own unique sound and style, and having a lot of commercial success with their music. Mickey and The PropheC have collaborated with each other previously in the form of ‘Dukh’ and ‘Band Bottle’. Both artists are incredibly versatile – producing, singing and even writing individual lyrics for various songs and collaborating with various artists within Bhangra.

Their ability to flaunt their versatility as artists allow them to feature together on this huge EDM-inspired dance track, produced by newcomer DJ Hark, who resides in Vancouver, BC. I caught up with DJ Hark to get an insight into how this track came about, and what plans he has for the future.

“Well to start, my name is Hark and I am a DJ, music producer & entrepreneur based out of Vancouver Canada. I have been in the wedding Dj industry here for around 14 years now and have been producing music for about 10 years. My goal right now is to help out the handful of artists and producers who are actively building the new genre of “Urban Asian” or “Urban Desi” music. It’s an honor to be apart of this new scene”.

“Naina has been a record over 3 years in the making. I have been trying to find new sound that would push the limits of Punjabi music. Initially the beat that I had made was a typical EDM/House beat. 128 bpm with a big buildup and drop. I called up my friend Sukhraj who is an amazing artist to do the lyrics and vocals. There is a tune that has been ingrained in my head since I was 12 called “Daru Vich Pyaar” by Stereo Nation. Music is built on sampling ideas from the past and bringing them to a new level and I wanted to do that with this melody on the hook. So me and Sukhraj hammered out the whole record in a couple days”.

“I finished the initial version in the summer of 2015. We put the record out on my birthday, October 26th. The response on the record was great but it wasn’t getting the commercial success that I thought it deserved. Shortly after, I got contacted by Umar Ali at VIP records who brought PropheC and Mickey into the project. The deal put forth was fair to Sukhraj as he got royalties and writing credit so the record became a PropheC & Mickey record. We reworked and added some lyrics and changed the composition into what it is today”.

“It was an honour to work with such talented people. Years ago, I was apart of the team that brought Mickey down for his first shows in Vancouver and I also DJ’d at UBC events when Neal first starting out as The PropheC. It’s inspiring to see their careers flourish since those days. I have always wanted to do a record with them so when they reached out to collaborate together on the record I was ecstatic. Neal and Mickey both gave me great advice to navigate the music landscape both from a business and creative standpoint. We talked for hours about the industry and where we see everything going in the coming years. We all share the same end goal, which is to create a thriving Urban Desi music scene in North America”.