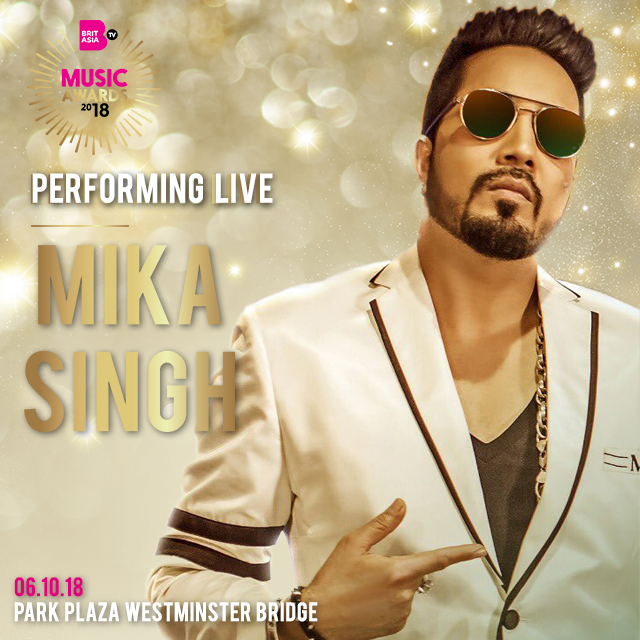 Punjabi and Bollywood singer Mika Singh will be performing at the BritAsia TV Music Awards 2018.

Mika Singh is a prominent figure in the Punjabi and Bollywood industry, after entering the scene in 1997 with his older brother Daler Mehndi. After releasing various successful solo albums, he then turned his attention to Bollywood in 2007.

The Punjab native has since stormed both industry’s and has released well known songs such as, “Bas Ek King” (Singh Is Kinng), “Mauja Hi Mauja” (Jab We Met), “Ibn-e-Batuta” (Ishqiya), and “Dhanno” (Housefull), Hawa Hawa (Mubarakan), and many more.

Now, he will be performing at BritAsia TV’s Music Awards for the first time, where fans of the singer will be able to see Mika live in action alongside his band.