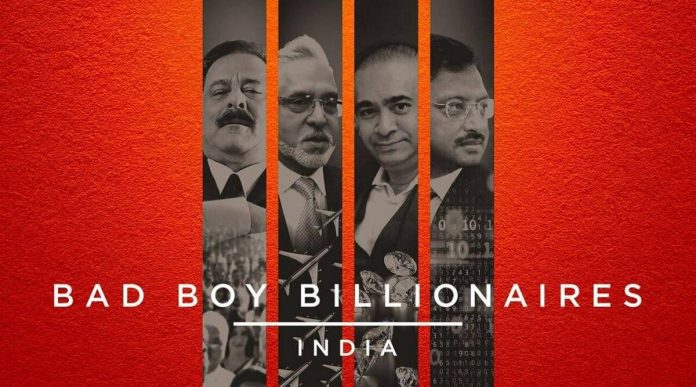 Netflix will air three episodes of its four-part series ‘Bad Boy Billionaires: India’, after a court injunction was lifted — a lawyer for the streaming service has confirmed.

The series centres on Indian tycoons facing fraud allegations after a state court lifted an injunction that expose a liquor tycoon, an IT executive, a jeweller and the chairman of the Sahara group.

The three episodes of the documentary series feature the stories of Vijay Mallya, Nirav Modi and Subrata Roy who have been in the news for charges of fraud, money laundering and defrauding public sector banks. A fourth episode concerning IT giant Ramalinga Raju is currently unavailable on the streaming service.

The series had been set to release last month but Netflix suspended it after an order from the Araria district court in the eastern Bihar state, where the Sahara group argued it would damage Roy’s reputation.

On Saturday, Amit Shrivastava, a lawyer for Netflix said the court injuction was lifted on Saturday. Shrivastava declined further comment and it was not immediately clear why the court had overturned its previous order. The official order has yet to be released, Al Jazeera reported.

Sahara said in a statement that the documentary was “misleading”, adding that it was “depicted through some disgruntled people who hold personal grudges against Sahara”.

Roy is currently on bail, having been ordered by a court to repay billions of dollars to investors in a scheme which was found to be illegal. Roy denied wrongdoing in the case and his lawyer has said he has already repaid investors.

Why is it controversial?

Al Jazeera further explained, the continuing dispute over Bad Boy Billionaires is among the most high-profile case that Netflix has faced in India — one of its key growth markets, where some of its shows have faced court challenges and police complaints for obscenity or for offending religious sentiments.

On Monday, Netflix made three of the four episodes in the series available on its app for viewers in India. The episode focusing on Raju was unavailable.

Raju, who admitted to a $1bn accounting fraud more than a decade ago, has obtained a separate injunction from a court in south India. That case was heard on Monday and the hearing will resume on October 9, A Venkatesh, a lawyer for Raju, told Reuters news agency.

The other two businessmen, Modi and Mallya, are currently in Britain and face extradition proceedings. Both have denied wrongdoing.

If you want to watch a docuseries that explores the greed, fraud and corruption that built up — and ultimately brought down — India’s most infamous tycoons, Bad Boy Billionaires: India exposes just that.