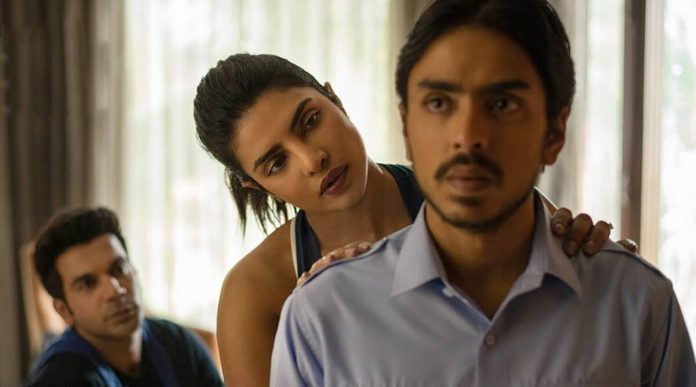 Netflix has released the trailer for their upcoming original The White Tiger, starring Priyanka Chopra Jonas alongside Rajummar Rao.

The streaming giant released a teaser for The White Tiger in early November and fans of the international star have been anticipating a deeper look into the movie before its release in January.

Working together for the first time, Chopra Jonas and Rao will appear alongside each other in the Man Booker Prize-winning movie adaptation of the same name, The White Tiger. The publication is the debut novel by Indian author Aravind Adiga and was first published in 2008 which won the 40th Man Booker Prize in the same year.

Now from acclaimed writer-director Ramin Bahrani, comes the epic journey of a poor Indian driver (Adarsh Gourav) who uses his wit and cunning to break free from servitude to his rich masters (Rao and Chopra Jonas) and rise to the top of the heap.

PJC took to her social media platform before Christmas to share the film’s official poster and announced the trailer. She tweeted: “#TheWhiteTiger trailer out now! Comes to #Netflix globally Jan 22 https://bit.ly/3h9Crlm” and tagged those involved with the project.