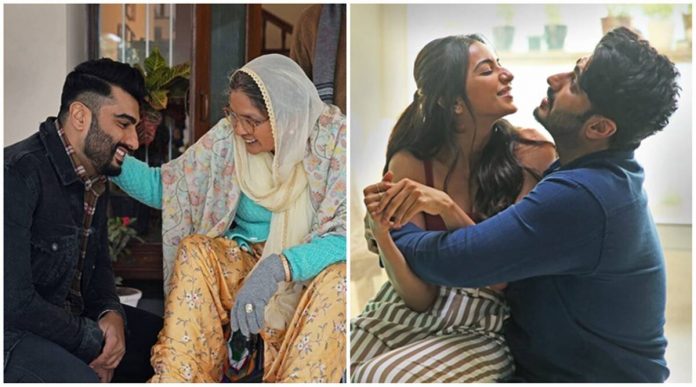 Arjun Kapoor and Rakul Preet Singh had shot and wrapped film amid the Covid-19 pandemic. The film has now been titled Sardar Ka Grandson and will release on Netflix.

Actors John Abraham and Aditi Rao Hydari will be making a cameo in the film. It also stars Neena Gupta, who will play Sardar, Arjun Kapoor’s character’s grandmother.

The family entertainer will premiere on Netflix this summer. Also starring Neena Gupta, the film has been helmed by Kaashvie Nair and written by Anuja Chauhan. It follows the journey of a US-return grandson (Arjun), who will go to any length to fulfil his grandmother’s last wish.

Neena Gupta plays Sardar, a matriarch of a large family based in Punjab. The title suggests that the film will centre on the bond between Neena and Arjun’s characters. The veteran actor said that she is excited about the audience’s reaction to a character that she has attempted for the first time.

“This is a heartwarming story filled with lots of emotions and laughter. It’s the perfect family watch as you embark on a journey with my grandson as he fights all odds to fulfill my last wish. This is the first time I am playing a character like this one and I am excited to see how the audience reacts to it,” Gupta said in a statement.