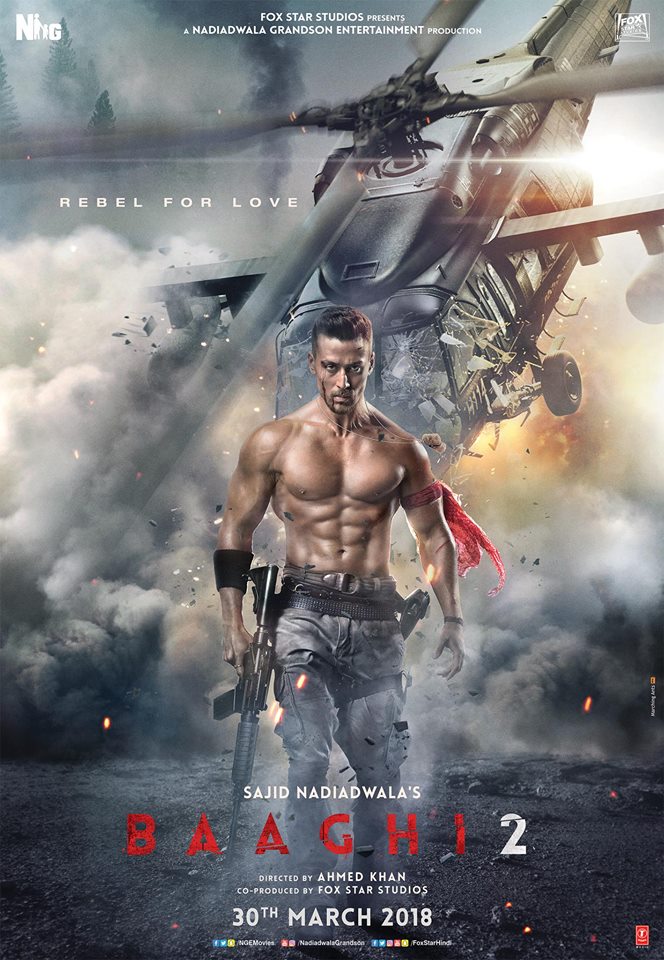 Baaghi 2 is an upcoming Bollywood movie, that is a sequel to the 2016 hit film Baaghi, with Tiger Shroff returning to the movie.

The movie showcases Tiger Shroff in a much more muscular and deadly avatar compared to the prequel.

In the film, an army officer goes in search of his ex-lover’s child who is mysteriously kidnapped. Neha (Disha Patani) reaches out to the only person who can help her with her plight, Ronnie (Tiger Shroff).

Ronnie goes deep into the underbelly of Goa, facing off against drug lords, menacing Russian henchmen, and blood thirsty animals.

The trailer sees Tiger Shroff up against a new set of challenges unlike any he’s faced before. We see the skilled martial artist fight, shoot and battle his way through a host of new foes with a fiery passion and determination alongside Disha Patani, showing that he is still the rebel for love we remember.

The film also stars Randeep Hooda (Sultan), Manoj Bajpayee (Aligargh) and Prateik Babbar (Umrika) in pivotal roles. The filmmakers promise to raise the standard for action thrillers in Bollywood with the film’s high-octane action sequences. Baaghi 2 has been directed by Ahmed Khan,

Check out the action-packed trailer below.