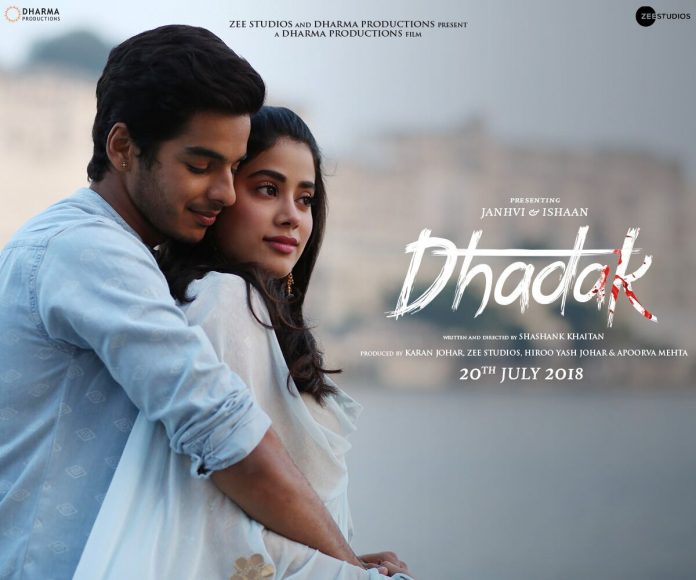 Dhadak is an upcoming Bollywood presenting Janhvi Kapoor and Ishann Khatter, who are both making their Bollywood debut.

Janhvi Kapoor is the daughter of the late Bollywood actress Sridevi and Indian film producer Boney Kapoor. Her debut in Bollywood has been much awaited, where rumours about Janhvi was to follow her mother’s footsteps and enter the industry, have been swirling around Bollywood for years.

In the trailer for the much-awaited film Dhadak starring Ishaan and Janhvi, shows their sizzling chemistry between the pair, and has fans eagerly waiting for the release of the film.

Not only fans, but even Bollywood stars such as Sonam Kapoor, Alia Bhat, Varun Dhawan and many more have been expressing their love for the movie, which has been directed by Shashank Khaitan and produced by the famous Karan Johar.

Brother, Arjun Kapoor left a heartfelt message on his Instagram posting expressing his love for his sister and her co-star.

Tomorrow you will be part of the audience forever @janhvikapoor cause your trailer comes out… Firstly, sorry I’m not there in mumbai but I’m by your side, don’t worry. I just wanted you to know this profession is amazing if you work hard, be honest, learn to take the accolades with the brickbats, respect opinions, yet follow ur own path & instinct. It’s not gonna be easy but I know your are ready for all the madness that will ensue. All the best for #dhadak! I’m certain my friends @shashankkhaitan & @karanjohar have presented you & @ishaan95 as the modern Romeo & Juliet with elan !!!

In the movie, Janhvi and Ishaan play two small town kids from Udaipur who fall in love. However, their families are against their relationship, which causes them to run away. It’s an official remake of Marathi hit film, Sairat and is a modern-day version of Romeo and Juliet.

The film is due to be released in cinemas 20th July, in the meantime check out the trailer below.