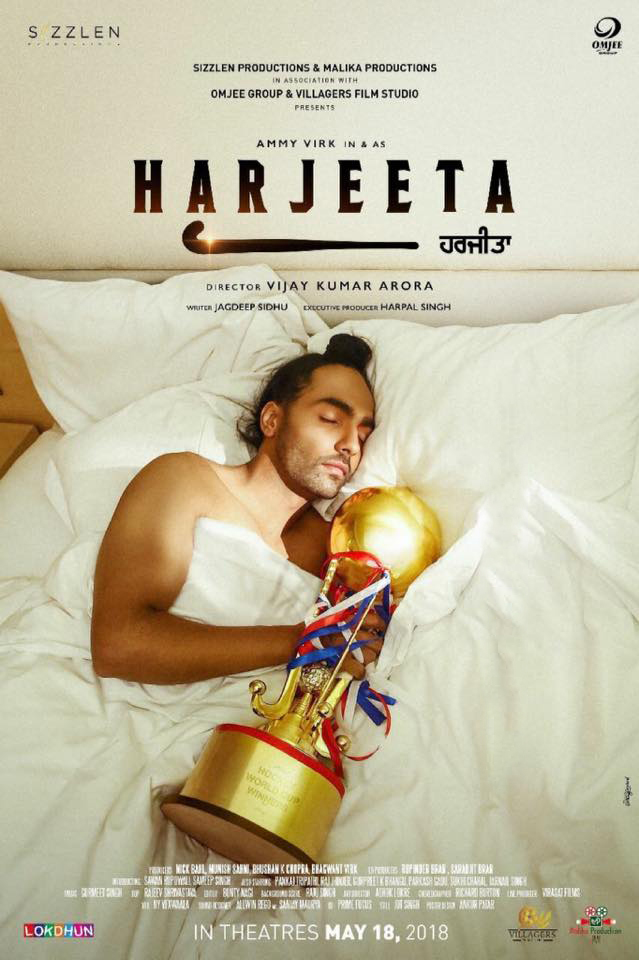 Harjeeta is the latest upcoming Punjabi movie that will be released in cinemas soon, starring Punjabi singer and actor Ammy Virk.

The movie is based on the story of Indian Hockey Player Harjeet Singh Tulli, and follows his journey from a small village boy to captaining the Indian Hockey team at 2016 Men’s Hockey Junior World Cup and winning the cup.

The poster of the movie, which was shared by the makers, shows Ammy Virk sleeping peacefully with the cup trophy in his arms. It reflects Harjeeta’s love for Hockey and Ammy is shown clutching the trophy, it shows that he has a special place in his heart for the sport.

In reality, the makers have recreated the picture that captain Harjeet Singh Tuli shared which went viral on the internet.

The movie has been directed by Vijay Kumar Arora, and is scheduled to be released on 18th May 2018.