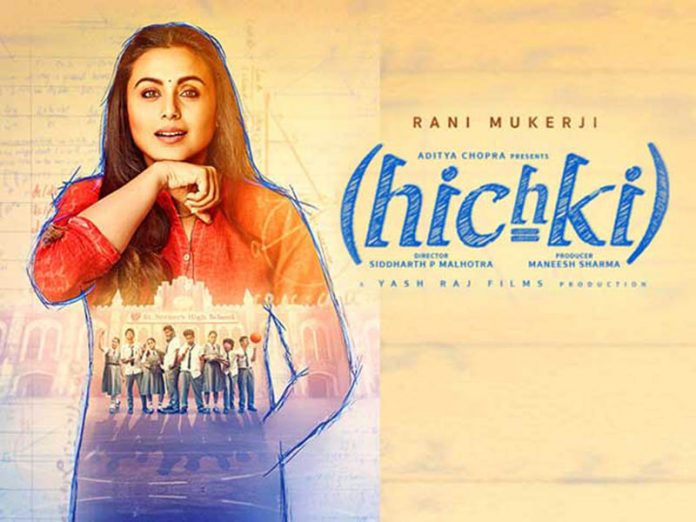 Bollywood star Rani Mukerji is set to star in the latest Bollywood movie, Hickhi, after having a four-year break from the industry.

Rani Mukerji plays the character of Naina Mathur, who is a young lady who believes she was born to be teacher, despite suffering from Tourette syndrome.

The trailer for the movie triggers all the emotions as we watch Naina struggle to get a teaching job due to her Tourette’s, until she finally gets one with children who are mis-behaved.

The film reflects the education system in India and highlights the message of how people are outcasted due to their condition. It’s also a great way to create awareness of Tourette syndrome, and educating those who might nto be aware of it.

Hichki was due to be released in February but producers decided to push it back until March 23rd, so it would give those who were taking their exams during February, a chance to watch it.

The film celebrates self-belief, the resilience of human sprit and hope. Hichki is about turning disadvantages into opportunities and staring down at challenges and ultimately winning them over.

Check out the trailer for Hickhi below.