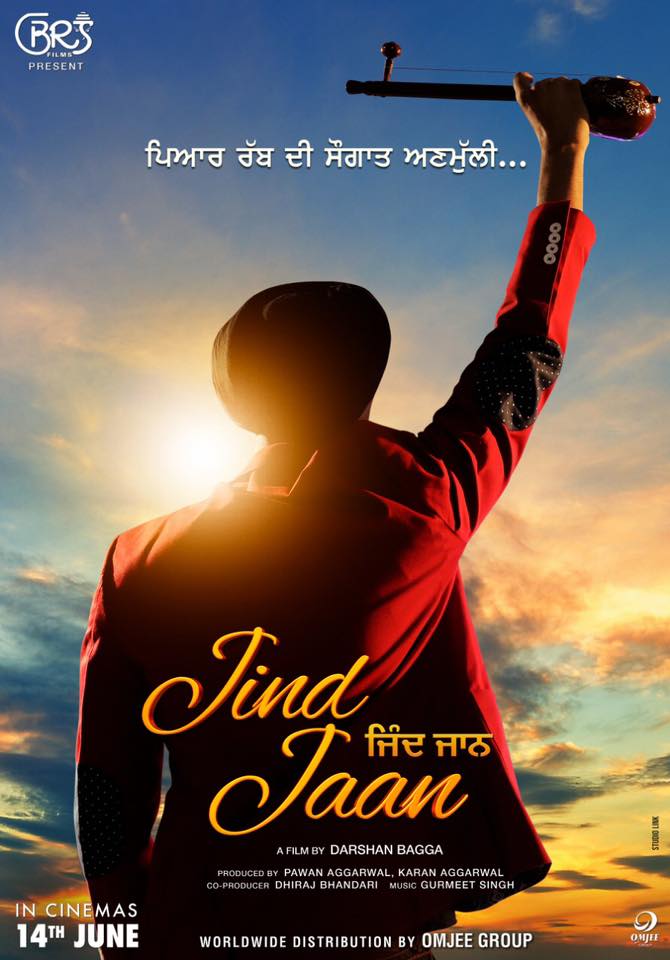 This year has been hugely success for Punjabi films, and we have already seen a numerous amount being released. The story lines are becoming bigger, new faces are appearing, the industry is becoming more experimental and so much more.

One of the many flicks releasing this year is ‘Jind Jaan’ starring Punjabi actor Rajvir Jawanda. The singer turned actor makes his debut in the flick, and his fans will see him playing a musician.

Last week, the trailer dropped to the delight of his eager fans who have been waiting to see more from the flick.

In the under three-minute trailer, we’re treated to comedy, romance and action. It is bursting with witty dialogue, and we’re introduced to Rajvir Jawanda and Sara Sharma.

The story is a story of a musician Ranjha for whom music is an art, which can’t be measured on the scale of money. He then is approached by a rich young lady, who wishes to learn music from him but is quite lost in the power of her money. However, things finally fall in place and Ranjha teaches her.

The journey begins with comedy and takes a romantic twist latter. But when everything starts appearing rosy, then comes the twist. The girl brings in her lover in the light and says that she only hired Ranjha to make him release his actual place. From there, the trailer takes an intense twist.

Fans will have to wait until the 14th June to see how this story pans out!