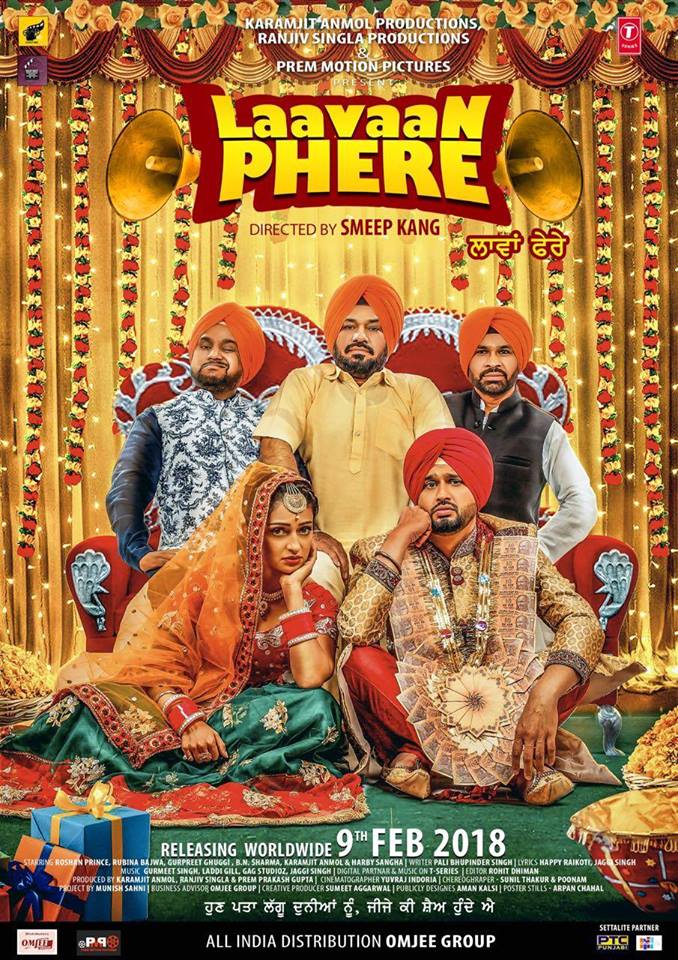 The movie has been directed by Smeep Kang, and Laavan Phere is due to be released 16th February 2018.

Laavan Phere is a comedy drama with Roshan Prince and Rubina Bajwa, where we see Roshan’s character pursue Rubina’s.

The movie was due to be released on the 9th February, but was pushed back to the 16th Feburay, which seems to have become a theme in the Bollywood movie industry, where we also saw ‘Padmaavat’ and ‘PadMan’ being pushed back.

The movie has been written by Pali Bhupinder Singh, and has been directed by Smeep Kang.

Check out the trailer for Laavan Phere below.