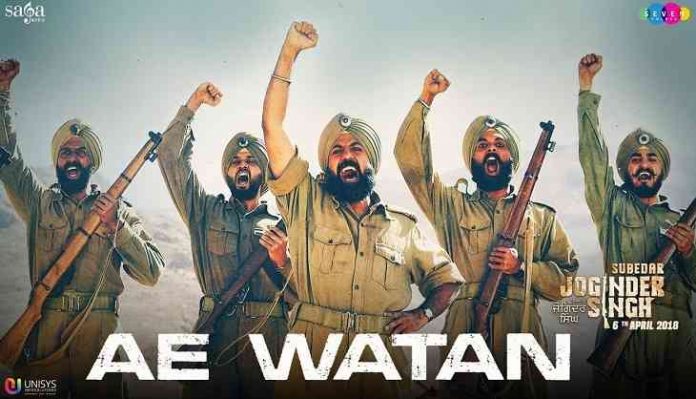 Ae Watan is the latest song to be released from the Punjabi movie ‘Subedar Joginder Singh’ starring Gippy Grewal.

Subedar Joginder Singh was finally released on April, and was one of the most eagerly awaited movie of the year.

If the release of the film wasn’t enough, the makers have now released the song Ae Watan.

The song has been written by Devinder Khannewala and has been sung by Kaler Kanth and Khishna Beura. It’s a tribute to the nation by the soldiers, and it shows us the Indian army fighting on the frontlines.

The emotional song shows the how the soldiers were willing to sacrifice everything they had for their country without shedding a tear. The visuals of the video give us a glimpse of what to expect in the movie and leaves us wanting more.

Check out Ae Watan from the movie Subedar Joginder Singh below and catch the film in cinemas now.