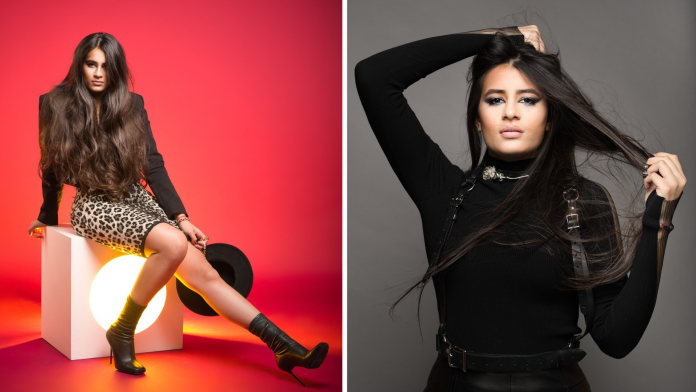 Meet Ridi: A 17-year-old singer-songwriter, aspiring engineer and co-founder of Stop The B, a youth-led anti-bullying platform.

Ridi’s passion for music was evident from the age of eight, who would exercise her vocals around the house, up until her formal training took precedent in classical music and jazz genres.

As the European-Indian artist got older, she later combined the training with opera lessons before finally transitioning to pop music.

The burgeoning musician goes against the tide to use her voice to tackle themes of inclusivity — in the belief that music should be for everyone, challenging traditional media that would otherwise cater to an established audience.

She taps into the universal human experience with a fun and refreshing sound, presented through a Gen Z perspective.

The song explores feeling of suppression, coupled with judgement from our immediate social groups. It brings to the fore that in difficult scenarios, so-called systems or people assumed to offer support, might not always fulfil the expectation.

Speaking about the single, she said: “I’ve always enjoyed playing around with melodies, and when I had feelings to vent I wrote in a diary. I suppose the hard injustices I felt recently, pushed me into using all my musical training to finally make my own lyrics & song for my debut single Top Guy.

Aside from her musical career, Ridi dedicates her time to her anti-bullying campaign, Stop The B, co-created with her sister Vasundhara Oswal.

Through the campaign, she has raised awareness about bullying, which in turn has encouraged people to identify social and emotional bullying behaviours, and become ‘active bystanders’. The service also encourages survivors to share their stories and shun the stigma that comes with feeling victimised, or being afraid to be different.

Stop The B has been endorsed by footballer Ronaldinho, world-renowned independent academics, and an invitation to speak at a UNESCO world anti-bullying forum in Sweden this November, which also makes Ridi the youngest of speakers and peers to speak at the event.

Since launching, the campaign has received global media recognition, with articles in TheHindu, CSR journal, Business Insider, Yahoo News. The sisters had also been invited on an anti-bullying podcast, AntiBullying101 to discuss their thoughts on the issue and to speak about their campaign.