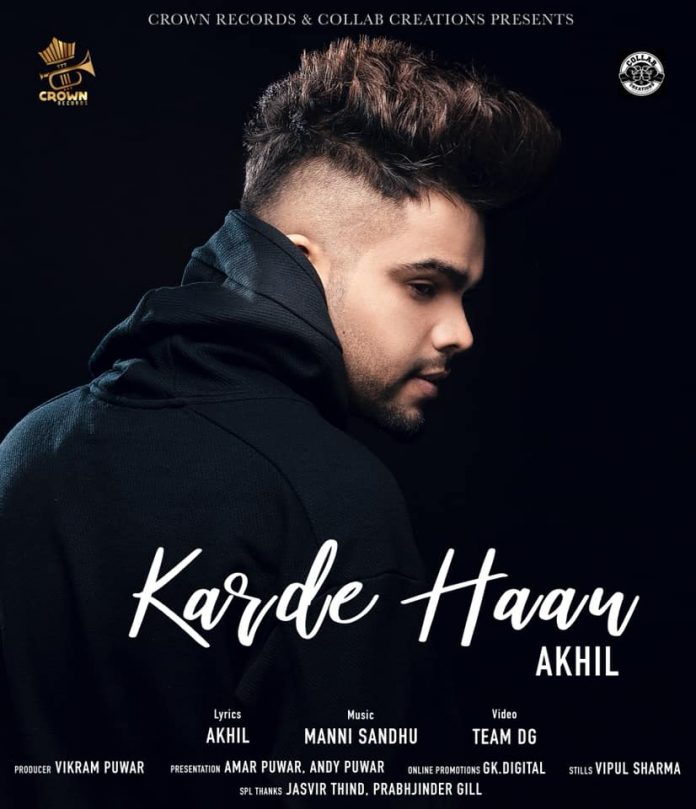 To kick off the singer’s year, he announced the start of January that he will be releasing a brand-new track, and told us that he will be collaborating with favourite UK music producer Manni Sandhu.

We previously saw the duo work together on ‘Gani’, which was a commercial success and garnered him a wider UK audience. Now, the powerful pair have worked together on the romantic track ‘Karde Haan’.

Akhil’s soothing vocals and lyrics shine through on this track, and will leave the listener memorised. It complements the music by Manni perfectly, who has produced the soulful track. The video is just as exciting where we see Akhil wooing a love interest.

The video has been shot in a stylish European city, and is a far cry away from the usual Punjabi music videos which are normally released.

In other news, producer Manni Sandhu will be hitting the stage at BBC Asian Network Live in March, and will be playing all his fan’s favourite hits!