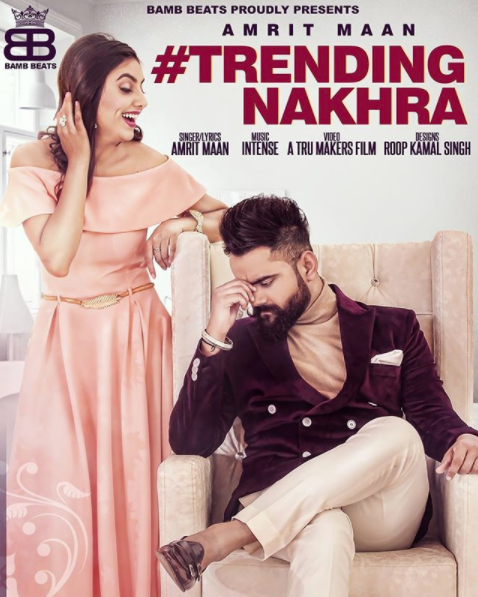 The Punjabi singer’s vocals are unforgettable on this track, which has been produced by Intense. The song is different from other Amrit Maan track’s, as we are used to hearing more rigid vocals from the singer and he has a gangster vibe in his previous songs such as “Guerrilla War” and “Peg Di Waashna”. In this track, the music is more chilled, and we hear a different tone to the singer’s voice.

In the music video, we see actress Ginni Kapoor star in it who plays the love interest of Amrit, and their on-screen chemistry is out of this world.

Trending Nakhra, has been released under his own music label ‘Bamb Beats’ on YouTube, which was launched last year, and the star has now allegedly committed to releasing songs under the new label. We’re sure we can see more exciting Punjabi songs release from various artists in the future.

Check out Trending Nakhra by Amrit Maan below.