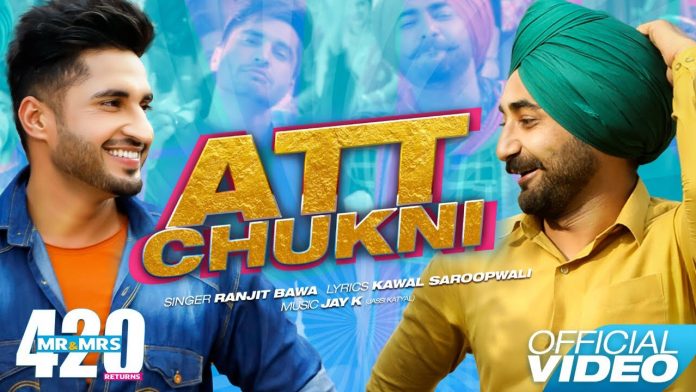 ‘Att Chukni’ is the latest song to be released from the upcoming Punjbai movie ‘Mr & Mrs 420 Returns’ starring Ranjit Bawa and Jassie Gill.

The Bhangra banger is sure to get the party started with it’s rhythmic bhangra beats and heavy dhol blasts. We see the lead cast members feature in the video such as Ranjit Bawa, Jassie Gill and Karamjit Anmol, where they are dancing along to the track at a wedding.

The song has been sung by Ranjit Bawa himself, and the hilarious lyrics have been written by Kabal Saroopwali.  It’s full of comedy, and we even see Jassie Gill throw a chunni on and dances comically with Ranjit Bawa.

Mr and Mrs 420 Returns is set to hit the big screen on August 15th, and the light-hearted comedy is set to bring audiences a barrel of laughter. The prequal was released back in 2014, and was a huge hit at the box office, and we’re sure this one won’t disappoint.