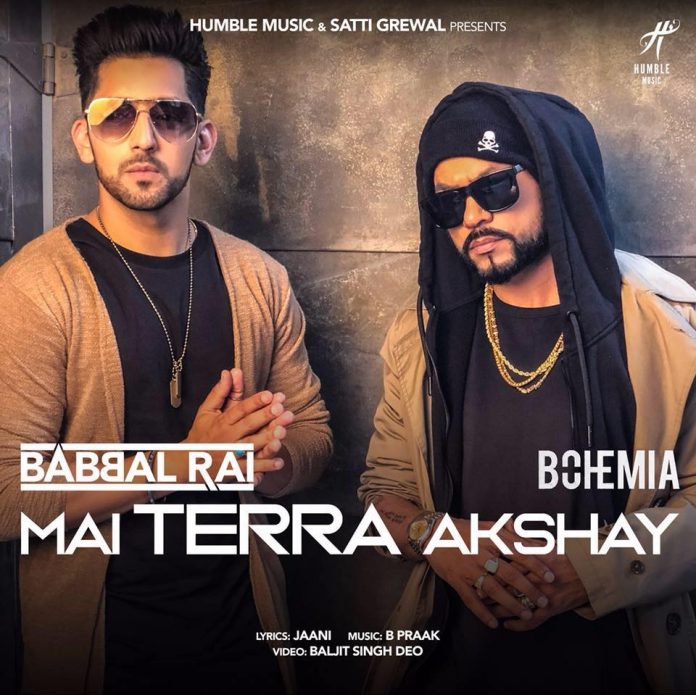 The first collaboration of Babbal Rai and Bohemia, ‘Mai Terra Akshay’ has been released. It’s got a catchy tune and is clearly intended to be a club party track.

Jaani has worked on the song’s lyrics and B-Praak the music production, while the directing of the music video was done by Baljit Singh Deo. The music video has a very urban direction to it, with Bohemia’s rap providing the counter to Babbal Rai’s melodic vocals.

Babbal Rai posted about the track on his social media, stating on his Instagram before its release that fans should ‘Stay tuned and get ready to dance’.

Take a look at the track here: