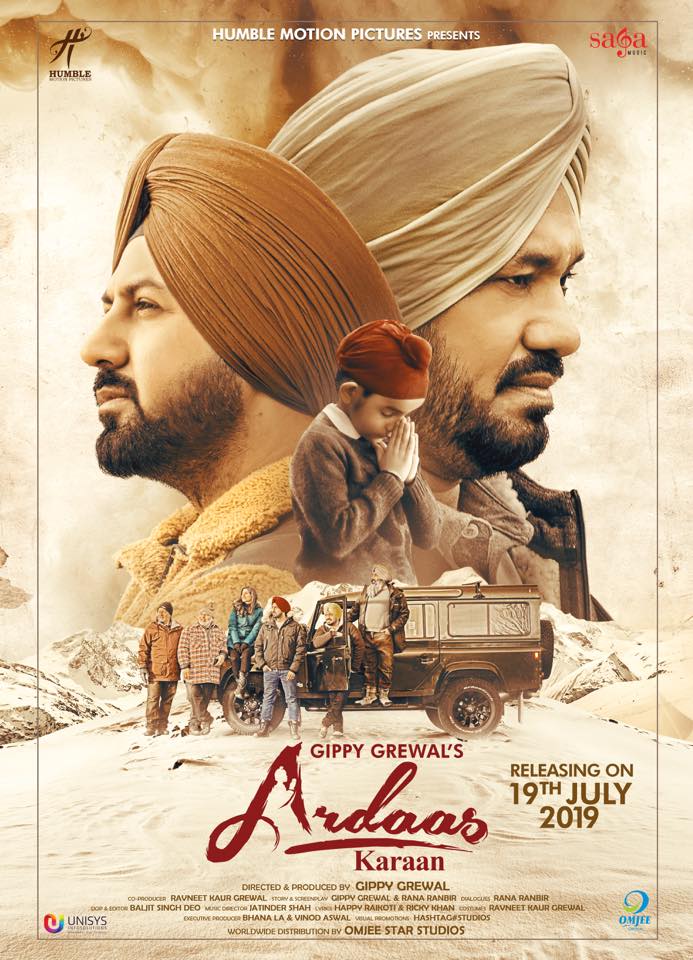 The flick was released yesterday, and well wishes were pouring in for the cast. It looks like it is set to be another winner from Gippy Grewal, and we wonder if it will break any records.

Before the flick was released, the motivational track ‘Bomb Jigre’ was released, sung by none other than Punjabi singer Ranjit Bawa.

The track is pure Punjabi, and is the powerful and energetic track everyone was waiting for. Ranjit Bawa’s vocals don’t disappoint, and are the perfect match for this one!

‘Ardaas Karaan’ has a star-studded cast featuring Gippy Grewal, Gurpreet Ghuggi, Sapna Pabbi, Yograj Singh and many others. It also marks the debut of Gippy Grewal’s son Gurfateh Singh Grewal, who be playing the role of ‘Shinda’.

Leading actor Gippy Grewal has also took on the role of director as well as written and produced the film. Catch the movie in cinemas now!