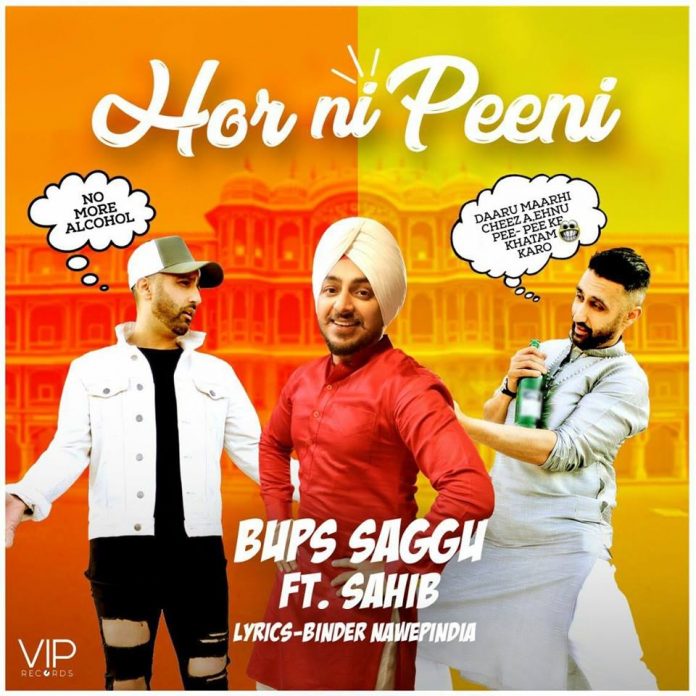 Bups Saggu is back with his first official single of 2018, after the release of his tracks ‘Garaari’ and ‘Laung Gwacha’ in 2017.

In his latest track, one of the Punjabi industry’s powerful male vocalist, Sahib, who featured on PMC’s global anthem ‘Picha Ni Chad Di’.

The track is a powerful Desi dancefloor track, and will have you bringing out your best bhangra moves.

The track has been written by Binder Nawapindia, who also wrote one of the biggest tracks, ‘Moorni’.

Speaking about the song, Bups Saggu said: “When I first heard the hook line of​ Hor Ni Peeni, it immediately got stuck in my head and that’s a key element of any hit track, so I knew I had to produce it ASAP!”

The video for the track has been produced by Tapehead, who were also responsible for Saggu’s track ‘Garaari’. The video is comical, fun and has a lot of Bhangra energy in it.