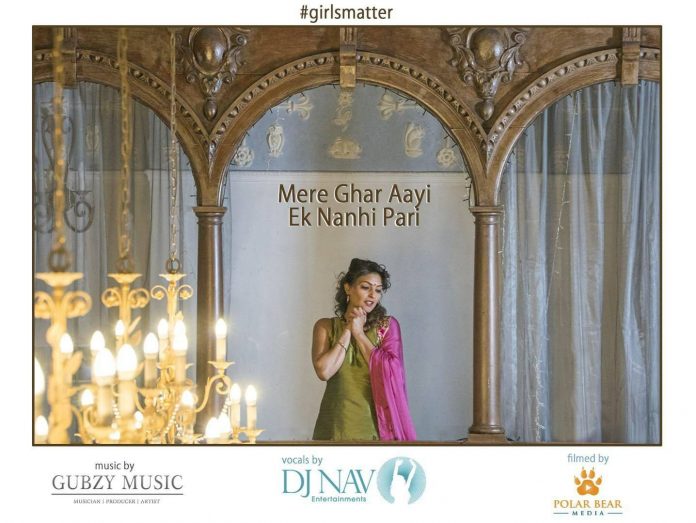 The track has been reproduced by Gubzy Music, Mere Ghar Aavi Ek Nanhi Pari translates as ‘A little angel came to my house’ and is a song about the celebration and adoration for the birth of a baby girl.

OUT NOW
Vocals by @DJNavEnts
Music by @gubzy
Celebrating the birth of baby girls.

Girls really do matter.
A cover version of an all-time classic with a great social message#girlsmatter#lohriforgirls@yrf @mangeshkarlata #bollywood #kabhiekabhi pic.twitter.com/hmBtfI0p5h

There is a strong cultural preference for sons in India, where many families still have a need for boys, which lead to baby girls being abandoned after birth, unloved and unwanted with charities and orphanages rescuing these girls and giving them a home and a new life.

DJ Nav Entertainments continuously expresses her message of gender equality and shares her belief in the need to change attitudes towards the birth of a baby girl.

Mere Ghar Aavi Ek Nanhi Pari was originally released in 1976, as part of the award-winning soundtrack for the hit Bollywood film “Kabhie Kabhi”.