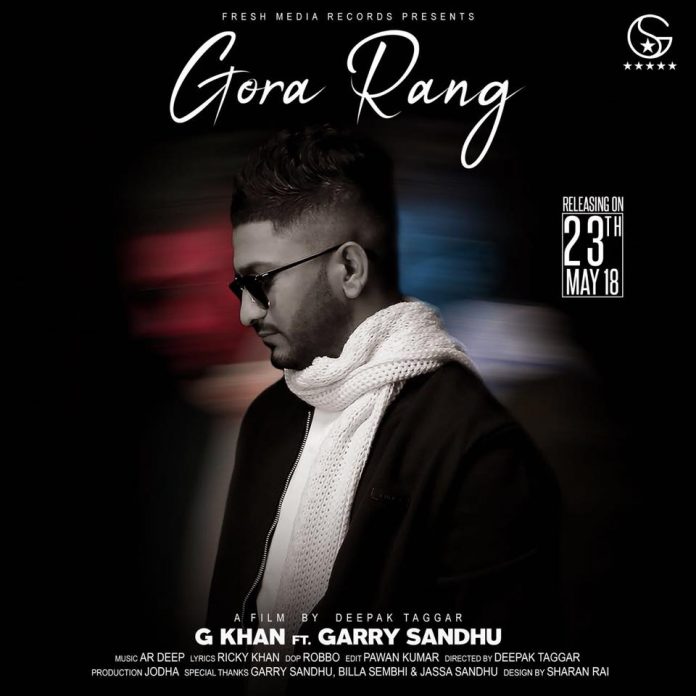 The track is another addition to the collection of Punjabi romantic songs that are currently out, and the involvement of Garry Sandhu and Upma Sharma, is sure to bring back memories about previous loved ones.

The song is about a girl who is secretly crushing on someone, and is doing everything she can to catch his attention but she thinks he never notices. Towards the end of the song, the story turns into a happy ending, and we see the pair finally kindle.

The Punjabi ballad has been sung by G Kahn, and has the romantic lyrics have been written by Ricky Khan. The soulful music has been made by AR Deep.

Gora Rang is different to G Khan’s earlier romantic song ‘Kache Kothe’, as it had more Bhangra beats, which contrasts to the latest song.

Check out Gora Rang by G Khan featuring Garry Sandhu below and on BritAsia TV.